A woman from Texas has filed a lawsuit against the manufacturers of Motrin after her daughter allegedly developed Stevens-Johnson Syndrome after taking the drug and needed to be hospitalized for more than a month, the Louisiana Record reports. 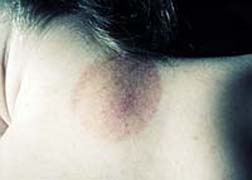 According to the news source, Keshia Hunt filed the lawsuit against McNeil Consumer Healthcare and Johnson & Johnson in federal court in New Orleans.

Hunt's daughter allegedly took Motrin in February 2010 and was later admitted to the hospital with a severe rash that was diagnosed as Stevens-Johnson Syndrome, according to the lawsuit. Hunt claims the drugmaker did not test the medication enough and did not sufficiently report data from clinical trials.

The use of Motrin, which is referred to generically as ibuprofen, has also been associated with less serious side effects such as dizziness, nausea and headache, according to the National Center for Biotechnology Information.

If you or a loved one have suffered losses in this case, please click the link below and your complaint will be sent to a drugs & medical lawyer who may evaluate your Daypro claim at no cost or obligation.
Request Legal Help Now