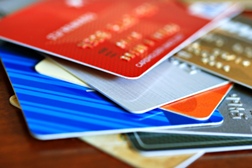 The Target data breach was made public on December 19, 2013. Lawsuits were filed against Target, alleging the company failed to properly protect private customer information, making up to 40 million credit and debit cards vulnerable. Plaintiffs further alleged that Target did not warn customers quickly enough about the data breach, which occurred from November 27 and December 15, 2013.

A tentative settlement has been reached with consumers, which will see Target set aside money for customers who were affected by the data breach. Those who will be paid first are those consumers who have documentation of their losses.

Meanwhile, Target has also reached a settlement with banks and credit unions that issue MasterCards affected by the data breach. Up to $19 million will be made available to financial institutions for fraud-related costs, according to AP (4/15/15).

As the Target lawsuits enter the settlement phase, other lawsuits are being filed. According to an AP report in the St. Louis Post-Dispatch (4/14/15), a lawsuit seeking class-action status was filed in Missouri against three insurance companies. The lawsuit claims Anthem Inc. was hacked, putting the information of nearly 100 million consumers at risk, and the three agencies allegedly did not protect that consumer information.

More DATA BREACH News
Lawsuits have also been filed against Premera Blue Cross, alleging the company was negligent and breached its contract with customers by allowing information to be made vulnerable by a computer hacker. The lawsuits also allege Premera did not warn consumers about the data breach in a timely manner. Plaintiffs seek restitution for losses.

Approximately 11 million Premera customers were affected by the breach, according to The Seattle Times (3/27/15). The breach was reportedly discovered on January 29, 2015, but may have taken place as early as May 2014. Customers were notified of the breach on March 17, 2015.

Premera customers as long ago as 2002 may have been affected by the data breach. Premera has said so far there is no evidence any information was taken during the data breach or used.

Posted by
Maria Jackson Bester
on June 1, 2019
My account was one many accounts affected by this data breach because my bank forwarded a new bank card with the target insert about a data breach, without contacting me prior to issuing a new credit/debit Mastercard. Please provide information on how I can get a claim form.