A federal judge has given the okay for Target data breach lawsuits to go ahead as a class action. The lawsuits allege Target customers were harmed by a data breach from November 27 to December 15, 2013, that made their personal information vulnerable. Approximately 110 million Target customers may have been affected by the data breach. 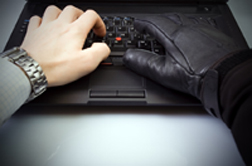 According to Legal Newsline (1/5/15), Judge Paul A. Magnuson ruled that the class action could go ahead, although some of the claims made against Target were dismissed. The defendants had filed a motion to dismiss the class-action lawsuit.

Magnuson wrote in the 46-page ruling that the data breach was “one of the largest breaches of payment-card security in United States retail history.” The lawsuits were filed by consumers who used either their credit or debit cards at Target during the weeks in question and whose personal information was compromised.

One hundred and fourteen plaintiffs have been named in the lawsuit so far, alleging they incurred unauthorized charges, lost access to their accounts, and/or had to pay fees including card-replacement fees and costs associated with credit monitoring because of compromised personal financial information. Lawsuits have also been filed by financial institutions affected by the data breach.

More DATA BREACH News
In filing a motion to dismiss the consumers’ complaints, Target argued that the plaintiffs could not show they were injured. The judge ruled, however, that the plaintiffs alleged injury - including unlawful charges and inability to pay other bills. Target’s arguments “gloss over the actual allegations made and set a too-high standard for Plaintiffs to meet at the motion-to-dismiss stage,” the judge wrote, finding that the plaintiffs had made plausible allegations that could be reasonably traced to Target’s conduct, which is enough to allow the lawsuit to proceed at this stage.

Lawsuits filed against Target allege the company failed to use reasonable security practices. The judge dismissed a claim of breach of contract against Target.

Other companies have also faced lawsuits alleging they failed to properly protect consumer information. Home Depot also faces lawsuits concerning a data breach that allegedly exposed its customers’ private information. The company also faces allegations that it did not alert consumers to the data breach in a timely manner.

The Target lawsuit is In re: Target Corporation Customer Data Security Breach Litigation, MDL No. 14-2522, in US District Court, District of Minnesota.

Posted by
Lexie Gibbons
on April 6, 2015
Hi
I used my Target Card during the time of the security breach in Dec.2013. Target offered free ID Protection through my bank, Wells Fargo. I took advantage of this free 1 yr. offer. I opted to continue wi the WFB*IDProtection after the 1 yr., thus paying $15.99/mth. I continue current on these payments in an effort to keep watching out for any possible continued fraud from that breach. I did not change my Target Card. I did not have any financial injuries which appears to be thru sheer luck.
Shouldn't I receive some type of compensation from Target since I was kind of "forced" to paying for my own (continued) ID protection? which I might not have had to do if Target had protected me from the beginning?...Also, everyone was notified awhile after the fact when the hackers were already using customer's ID info. ...

Posted by
angelina verde
on March 19, 2015
hello
i used my target card when the breach took effect i have gotten a new card since and have security freezes on my reports i have had inquiries on my reports since then that are not mine. i am wondering how this works am i eligable for compensation