Recent data breaches affecting Target and Home Depot were sufficient to unnerve even the most ardent and confident consumer of online information and commerce. However, when the federal government was hacked a few weeks ago, concern turned to fear for many. If the government isn’t safe, then who is? 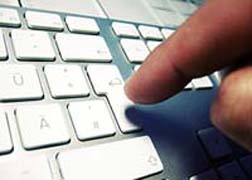 And now, according to The Guardian (6/12/15), things appear to have gotten a lot worse with the revelation that a second hack has potentially more than tripled the number of victims.

CNBC reported June 4 that the initial hack involved the Office of Personnel Management (OPM) and the Interior Department - both federal agencies. It is thought that no sensitive government documents were affected or breached in any way, but rather the personal records of some four million individuals who work or have worked in those two departments. To that end, personally identifiable information, or PII, may have been compromised in the breach that is suspected to have originated in China.

Now it has been revealed that a second hack has occurred, this one targeting a centralized database and exposing the personal records of far more people, according to a report by The Associated Press (AP) appearing in The Guardian. J. David Cox, president of the American Federation of Government Employees, stated in a letter to OPM director Katherine Archuleta that based upon incomplete information provided by the OPM to the union, “we believe that the Central Personnel Data File (CPDF) was the targeted database, and that the hackers are now in possession of all personnel data for every federal employee, every federal retiree, and up to 1 million former federal employees.”

While the CPDF does not contain the records of Congressional members or their various staffs, members of the military, or intelligence agency staff, the database includes pretty much everyone else.

And the information the CPDF contains is far-reaching, given the information required and archived for the purposes of achieving security clearances. Up to 780 separate pieces of information about an employee can be parked and archived in that database. According to the union, the hackers would have had access to military records and veterans’ status information, address, birth date, job and pay history, health insurance, life insurance and pension information, and age, gender and race data.

Specifically, the data believed to have been accessed is tied to that contained in Standard Form 86, which requires security clearance applicants to outline deeply personal information pertaining to mental illnesses, drug and alcohol use, past arrests and bankruptcies. They also require the listing of contacts and relatives.

According to the AP report in The Guardian, the latest estimates place the number of hacked records as falling between nine million and 14 million and involve records dating back to the 1980s. Even those individuals no longer in the employ of the federal government are affected, as they represent the majority. With about 4.2 million people in the federal employment pool currently, the majority of hacked records relate to former employees of and contractors to the federal government, according to officials.


“We believe that social security numbers were not encrypted, a cybersecurity failure that is absolutely indefensible and outrageous,” Cox said in the letter to Archuleta of the OPM.
The union referenced the breach as “an abysmal failure on the part of the agency to guard data that has been entrusted to it by the federal workforce.”

A spokesperson for the OPM, Samuel Schumach, told AP that while encryption “is a valuable protection method, today’s adversaries are sophisticated enough that encryption alone does not guarantee protection,” he said. “OPM does utilize encryption in some instances and is currently increasing the types of methods utilized to encrypt data.”

More DATA BREACH News
Earlier this month, when the first federal data breach was revealed, CNBC, with files from AP and Reuters, noted a statement by the federal division in reference to an “aggressive effort” to update its cybersecurity in recent months. The update, completed this past April, led to the detection of the breach that “predated the adoption of the tougher security controls,” a release from the OPM said.

Dow Jones is said to have reported that a government source called the data breach one of the largest thefts of government data ever.

That statement from the unnamed government source suggests that thefts of government data have happened before. Will they happen again? And will business and government ever win back the trust of a consumer continually blindsided by data breaches to supposedly secure, impenetrable systems?

We may never know. Little wonder, however, that so many victims are turning to a data breach lawsuit as a means to achieve some level of compensation, and to send a message that the status quo remains unacceptable.

Posted by
MARY FIELDS
on June 22, 2015
I just received my OPM letter concerning this breach and I just enrolled in their CSID Protector Plus (free) for 18 months which brings coverage until 7 Dec 2016.

After 18 Months are over and this protection ends is when the real concern begins.

Are there any lawsuits filed or going to be filed concerning this hack?

Pathetic that they didn't take the necessary precautions for all of their employees.

Posted by
MARY FIELDS
on June 22, 2015
I just received my OPM letter concerning this breach and I just enrolled in their CSID Protector Plus (free) for 18 months which brings coverage until 7 Dec 2016.

After 18 Months are over and this protection ends is when the real concern begins.

Are there any lawsuits filed or going to be filed concerning this hack?

Pathetic that they didn't take the necessary precautions for all of their employees.

Posted by
Danielwoodruff
on June 21, 2015
I had some sort of investigation that went on with me with the feds about some sort of employment check and never got notice or anything some for the fact that they just cleared I didn't know anything this is happened in the last 2 to 5 years and last actually maybe since the beginning of last year on word and this year so.