LAWSUITS NEWS & LEGAL INFORMATION
Home Page >> News Articles >> If the Feds Can Get Hacked in a Data Bre..

If the Feds Can Get Hacked in a Data Breach, How Safe Are We?

Mary Woo is just one of some 21.5 million Americans whom the Office of Personnel Management (OPM) estimate were affected in some way by a massive data breach that hit the OPM, and is considered the largest hack of its kind suffered by the US Government. 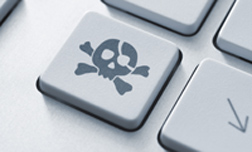 Disgruntled plaintiffs - Mary Woo among them - who assumed the federal government was immune to hacks given the presumed high-level security that is the bastion of the Feds, have proposed a class-action data breach lawsuit against the OPM and KeyPoint Government Solutions. The latter is a company contracted by the government to carry out background checks on job applicants and other individuals doing business with the government.

The American Federation of Government Employees alleges in its proposed class-action data breach lawsuit that the federal government was negligent in providing the necessary security veils to prevent such data hacks and the subsequent breach of sensitive, personal information.

According to court documents and estimates provided by the OPM itself, hackers were able to access Social Security numbers, mental health records, financial histories and other personal information belonging to 21.5 million individuals having undergone a background check through the agency since 2000.

It gets worse. Federal government job applicants are also required to provide details about their immediate family members, together with personal acquaintances and business colleagues.

What’s more, this past September, the OPM revealed hackers managed to obtain fingerprint data on some 5.6 million Americans.

The OPM, according to court records, is the de facto “gatekeeper” of data associated with government employees. Plaintiffs in data breach lawsuits against the federal government - and in this case the OPM - allege that officials charged with maintaining security of data housed by the OPM failed to heed various warnings, together with failing to toe the line on security policy.

Together with a previous security hack, the data breaches are considered the largest security crimes in US history.

The American Federation of Government Employees is bringing the primary class-action lawsuit, which was sent to US Federal Court in Washington this past October by the Judicial Panel on Multidistrict Litigation. Plaintiff Mary Woo’s lawsuit is another, as is another lawsuit brought by the National Treasury Employees Union.

Altogether there are more than a dozen data breach lawsuits in the MDL, alleging negligence against the OPM, among other defendants.

The MDL is In re: US Office of Personnel Management Customer Data Security Breach Litigation, Case number 2664, before the Judicial Panel on Multidistrict Litigation.

Posted by
Mary LeRose
on February 14, 2016
I went to file my tax returns and discovered that someone else has already used my social security number to file their tax return and now my information has been hacked and my tax return will be extremely late because of this problem. My son's was hacked last year and it took him almost 6 months to get his return and now he has to use a pin number each time and his credit was hacked. Mine was already bad so I don't know if it has been affected or not, but this is ridiculous that government agencies do not have the necessary security in place to keep our information safe especially when they require is to give it to them all the time