Identity Theft Complaints on the Rise

A report from the Federal Trade Commission indicates that complaints about identity theft increased 47 percent in 2015 over 2014. As more organizations become victims of data breaches, more consumers are exposed to a risk of identity theft. Consumers are fighting back, filing lawsuits against the companies and organizations they trust with their personal information, but critics say organizations and regulators are not doing enough to protect consumers. 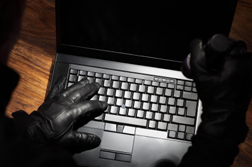 One victim of the data breach attacks is the Internal Revenue Service (IRS), which now says that more than 700,000 Social Security numbers may have been compromised in a breach. According to CBS News (2/29/16), hackers used a program called “Get Transcript,” which allows taxpayers to access their tax history online. That program apparently had vulnerabilities that put taxpayers’ vital, personal information at risk. Consumers say thieves tried to claim refunds using e-file with personal identification numbers.

The number of victims has grown as well. When the breach was first reported in May 2015, the IRS said 114,000 accounts were accessed. That number almost tripled to 334,000 in three months. Now the number of potential victims stands at 724,000. Those who have had their accounts accessed are being offered free identity protection for a year. The IRS says part of the problem could be tax preparers, some of whom may not provide sufficient security to their clients.

More DATA BREACH News
Lawsuits have been filed against companies that fail to protect their customers’ personal information, but critics say regulators need to do more to protect Americans.

“The FTC’s new data should be a clanging alarm bell to policymakers in Washington and beyond that an election year is an excuse to take their feet off the gas pedal when it comes to pushing for real data security reform,” said National Consumers League Executive Director Sally Greenberg in a news release.

Among companies that face lawsuits regarding consumer protection is Wendy’s, which reportedly faces a lawsuit alleging the company failed to keep up with retail industry standards to protect consumers. According to the Orlando Sentinel (2/9/16), the plaintiff alleges Wendy’s data system was inadequate to protect information.