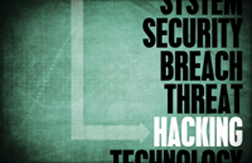 AT&T is reportedly the latest company to confirm it was victim of a data breach, although in this case the perpetrators were reportedly employees of one of AT&T’s vendors. According to Dallas Business Journal (6/13/14), the employees allegedly stole the personal information of AT&T Mobility customers, although AT&T did not disclose how many customers were affected by the breach. The breach reportedly occurred between April 9 and April 21, and was done in an attempt to unlock phones for resale.

Approximately three employees of an AT&T vendor were allegedly involved in the data breach.

So far, a data breach at P.F. Chang’s has not been confirmed.

eBay was also reportedly the victim of a data breach, one that may have affected more than 100 million users. Time (5/23/14) notes that the Federal Trade Commission has announced it is conducting a probe into the data breach. eBay reportedly notified consumers that a data breach had occurred but that financial information was not compromised.

More DATA BREACH News
Lawsuits have been filed against a variety of companies, alleging customer information is not being properly protected from hackers and data breaches. According to The Legal Intelligencer (6/12/14), more and more of these lawsuits are being settled before going to court. Part of the issue, according to the article, is that judges and the public may be growing increasingly frustrated with how companies handle customer information.

A major question in data breach lawsuits is whether or not the loss of information is enough to make a claim for harm, even if the stolen information is not used. In some cases, such as in cases of stolen laptops, sensitive information may not be recognized by the thief and may be discarded, as opposed to situations where hackers purposely steal credit card numbers for the purpose of selling that information.

Posted by
Edna Osborne
on July 2, 2014
"I beleive my AT&T cellphone was hacked I did not have access to my own password for a few months, I had to call and have my password reset, it would not allow me to even reset it on my own. Someone else hacked it and changed it to a password only they knew, which meant they have access to my credit card on file with AT&T, my information was not secured with them."

I had the identical thing happen to me. I had to go to the Library and establish a new password. I was told by Yahoo that my network had been hacked into. I expalined, I was only using an AT&T cell phone. They said cell phones could be hacked as well as a computer.

Posted by
Cathy Malay
on June 30, 2014
I beleive my AT&T cellphone was hacked I did not have access to my own password for a few months, I had to call and have my password reset, it would not allow me to even reset it on my own. Someone else hacked it and changed it to a password only they knew, which meant they have access to my credit card on file with AT&T, my information was not secured with them. My question is I have an Apple 5C why do I have to have a credit card number on file to access the "store" to download "free" games?
Ever since my password issue has been restored I now no longer have access to my credit card information, it wants me to reenter it. I have not entered it, guess I wont be having anymore free games downloaded. It is to much of a risk for me to enter that information and to leave it there, this to me makes no sense at all to begin with, if you were to loose your phone and if it were not locked andyone would have access to your personal credit card and password information. That in itself is not secure.