As expected, lawsuits have already begun to roll in stemming from the infamous Ashley Madison data breach. An American plaintiff has proposed a data breach class action in Missouri federal court under the anonymous pseudonym Jane Doe. Various legal pundits have cited concerns about the anonymity of the plaintiff. However, the legal community has little doubt that lawsuits against the Ashley Madison parent company Avid Life Media Inc., based in Toronto, will succeed. 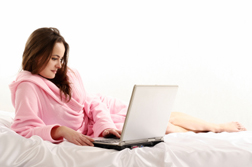 In Canada, plaintiffs are allowed to bring class actions under pseudonyms. Given the salacious nature of both the data dump and the site itself, it is likely that lawsuits under pseudonyms will be a popular option in Canada as plaintiffs - already having suffered personally as well as having suffered injuries to their reputations - may prefer not having their names drawn through the media. Plaintiff Jane Doe in Missouri is likely seeking the same kind of anonymity, although pundits have observed that US courts usually confine anonymity to minors or victims of rape.

There is little doubt, however, that victims not shy in attaching their true identities to data breach lawsuits should have little trouble in proving injuries, as well as proving that Avid Life Media dropped the ball on several fronts.

The biggest hurdle for Avid Life Media could be its so-called deletion service, which claimed to offer a full deletion of name and profile for a $19 fee. There are reports that Avid Life Media earned $1.7 million last year from its profile deletion service. The hackers responsible for the Ashley Madison data breach took exception to Avid Life’s claim that all customer information would be deleted for the $19 fee when, according to the hackers, the end result was not a full and complete deletion. Avid Life maintains its paid-delete option deletes everything related to a member’s profile and messages.

Pundits conversant with the issue point out that if Avid Life claimed to delete all client information but in fact did not, it could also provide fodder for breach of contract claims. The lack of a full and complete deletion, if proven true, could also put Avid Life Media within the crosshairs of the Federal Trade Commission.

Ashley Madison is one of a collection of “meet-up” sites run by Avid Life Media that serve as a conduit for married adults to seek out and maintain like-minded partners for extra-marital or adulterous relationships. Critics point out that within the data dump there is little distinction between clients who have successfully undertaken concurrent relationships and those who contemplated same but changed their minds, or those who may have seen the error in their ways, patched up their marriages, and took care to pay the $19 to Avid Life Media in an effort to put a sordid detour behind them.

Data breach attorneys appear to agree that proving injury within a data breach lawsuit or class action would not be difficult at all.

An unfortunate sidebar to the Ashley Madison data dump is the appearance of military e-mail addresses as well as other governmental e-mail addresses contained within the trove. Adultery is a crime under the Uniform Code of Military Justice.

As data breaches continue to appear unabated involving sites under the auspices of government, retail, consumer and medical - and even the recent capacity for hacking into and taking control of a moving car - it suggests a new and growing frontier of litigation undertaken by consumers injured when their identities and personal information are not adequately protected.