Arrests Made in New York over Sale of Darvon Medication, Other Drugs

More DARVON AND DARVOCET News
The Essex County, New York Drug Task Force recently arrested 11 people accused of receiving Darvon medication and other drugs from Medicare and Medicaid, and reselling them to others, reports the Adirondack Daily Enterprise. 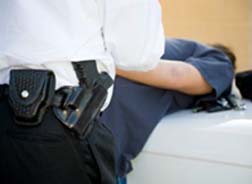 The news source reports that nine of the 11 people arrested were from Ticonderoga, while the other two are from Elizabethtown.

"We are hoping these arrests are going to put a dent in the drug trade in the community here," State Police Lieutenant Charles Potthast said. "It's a small community."

The arrests were reportedly made by the sheriff's department and state and local police, according to the news provider.

Essex County is located within the Adirondack Park and had a population of nearly 39,000 as of the 2000 census.