Hearing regarding Darvon and Darvocet Scheduled 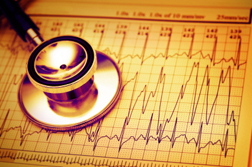 In November 2010, the FDA announced a recall of Darvon and Darvocet after the agency found that propoxyphene-based medications were linked to an increased risk of heart rhythm problems and sudden heart-related death. The recall, however, came too late for some plaintiffs, who have since filed lawsuits alleging their loved ones died after using Darvon or Darvocet.

One such lawsuit was filed by the parents of a 22-year-old who died eight days after she began taking Darvocet for a knee injury suffered while working at an orphanage. According to reports, Kira Nicole Gilbert died of acute cardiac failure with evidence of fluid buildup in her lungs, despite having no previous history of heart conditions. Gilbert's parents filed a wrongful death lawsuit against Xanodyne Pharmaceuticals Inc., the former distributor of Darvon and Darvocet, and Eli Lilly and Co., the company that originally manufactured Darvon and Darvocet.

More DARVON AND DARVOCET News
Meanwhile, the widow of a man who died within days of the FDA announcing the Darvon and Darvocet recall has filed a wrongful death lawsuit. According to the lawsuit, the victim was prescribed the pain medication on July 30, 2010, and took it until his death, which was attributed to sudden heart problems, on November 2, 2010.

Although the FDA requested a recall of Darvon and Darvocet, critics say that recall was decades too late and argue that the risks associated with the drugs were known for many years. In 2005, Britain banned Darvon and Darvocet because of concerns about suicides and accidental overdoses, according to The Enquirer (02/13/11). In 2009, an FDA advisory panel voted 14 to 12 to recommend that Darvon be taken off the market. The FDA, however, rejected those recommendations and asked Xanodyne to conduct a study on the drug's safety.

It was the results of that study that ultimately resulted in the FDA requesting the pain medications be taken off the market.

Posted by
franklin cooper
on April 10, 2014
i think the origional manufacturer of darvoset should be responsible for the all three should be responsible the darvoset manufacturer the generic companies and the fda none tested the medicine enough all three should ban together and pay the damages for there mistakes
Posted by
William
on March 15, 2011
My name is Bill. When I was 31 years old I was strong full of energy , and relatively happy. Suddenly all that changed,I became sick,weak,there was severe pain in my abdominal area,also I could not lay flat to sleep. I assumed that whatever I was ailing from would pass,but when it did not,and I knew that my lungs were filled with fluid,(I thought I had pneumonia), I went to our local hospital's emergency room,there I was informed that I was in a severe state of congestive heart failure! I was stunned, to say the least,I had never been sick a day in my life! I was sent to a major hospital in Pittsburgh,where I was questioned,and tested relentlessly,in the hope of finding some reason for this recent, devestating illness. After so much of this including fishing a camera up my leg vein into my heart, nothing was ascertained, not as much as a clue! I was finally sent home, and my family was told,(unbeknownst to me), that I would be lucky to survive 3 month's before I would need a heart transplant. I was sick, so sick, and weak, scared,and sad. I am not dumb,and I knew that I was going to die, especially when I compelled my family to tell me the truth about what the doctors had said! Nearly 18 miserable years have passed,and Thank God! I am not dead, but yet I am not really alive either! I simply exsist! I cannot do what others do, I am too weak. I cannot work,and live off less than 700 dollars a month disability. The best years of my life, or what should have been the best years of my life are gone, and I cannot imagine that I have too many more left! I am sick to my soul of being ill, going to doctors visits,18 years of monthly, and sometimes bi-monthly blood draws, hospitals,and medicine, medicine, medicine!! Sometimes I actually feel a surge of joy go through me when I think about dying soon,and not having to deal with this,and suffer anymore, and yet at the same time I am sad because I don't want to die,and lose the people I love! Recently I was lifeflighted,with atrial fibrillation, the same a-fib I have had since my congestive heart failure event in 1993, when I was 31, only this time it was out of control. Now I have a Pacer Defibrillator in me, and to say the least I hate it! I no longer feel human it is if I were a robot! It has already gone off,and you want to experience a horror; have that happen! Ironically when I was in the hospital for this new chapter in the nightmare saga of my past 18 years I saw an Ad. that a painkiller called Darvon,and Darvocet had been pulled from the market! "What, did they say Darvocet?" The same Darvocet that I had taken a week or two before I nearly went to my maker? "Could this be the same Darvocet that I had told those idiot doctors about in 1993,that they shrugged of with a laugh?" " Oh! No! all Darvocet is is a big Tylenol with some,(I can't remember the chemical name),in it!" "Oh! No!" Well 18 years later, Oh Yes! I remember those 3 or 4 big orange horse pills that said Lilly,(like Lilly Munster),on them, I remember what happened after taking the last one; the burning pain in my sternum area, the shortness of breath,the nausea. I remember! Now I know! My life has been shortened,diminished,and I have suffered what they wouldn't even have sentenced the worst murderer to, and now all I can ask,all I can say is,"Who is to blame?" Someone,or some people should be held accountable, financially,and criminally, and yet will they ever be? Will I ever be able,18 years later, to prove,what the Lilly company, and the F.D.A. did that hurt me?
Posted by
Mark
on March 10, 2011
I took Darvocet for many many years and now I have cronic afib Ive been cardioverted 14 times and had a heart operation to try to keep my heart beating normal, I go into afib on a avg of 3 times a week for up to 15 hours at a time. I have a question? Is the heart problems dose related or can you stop taking the darvocet and still having problems years later?