She Died of Heart Failure at 22: Darvocet Lawsuit

Critics of manufacturer Xanodyne and its decision to pull Darvon and Darvocet from the market last November claim that due to the extent of Darvon side effects and their grievous nature, the recall came 30 years too late. The plaintiffs in a pending Darvon lawsuit could not agree more. 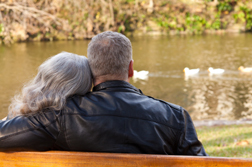 February 14 would have proved to be an unhappy Valentine's Day for Tammy and John Gilbert. According to The Cincinnati Enquirer on that day, this is the second Valentine's Day that the Gilberts have been unable to celebrate with their daughter after she died from heart failure in April of 2009.

She was only 22 when she died.

A knee injury their daughter had suffered resulted in what was considered at the time a routine prescription for Darvocet for pain. The victim's parents claim to have read the insert and the prescription bottle for any risks. What they found led them to believe the drug was safe.

However, it has since been discovered that Darvon medication was not safe, and hasn't been from the very beginning.

According to the Enquirer, Darvon manufacturer Xanodyne Pharmaceuticals Inc. voluntarily initiated a Darvon recall in November of last year after its own clinical trials clearly demonstrated that the risks outweighed the benefits. However, it is alleged that the risk (together with a suspicion of risk) had been an issue for decades, but prior to 2007 the US Food and Drug Administration (FDA) was powerless to mandate the monitoring of drugs once they were on the market.

More DARVON AND DARVOCET News
The agency's new powers resulted in a request to Darvon propoxyphene manufacturer Xanodyne to conduct new clinical studies. The resulting studies clearly showed an indisputable risk, and the drugs were withdrawn. To that end, the FDA requested that all drugs containing propoxyphene be withdrawn.

The move mirrors a similar withdrawal in the UK in 2005.

Kira Nicole Gilbert was an only child. After suffering a torn ligament in her knee, the honors student was prescribed Darvocet for pain. She took the painkiller as prescribed. Even considering her youth, and the fact there was no history of heart conditions, Kira was found dead in her apartment eight days after beginning her prescription. The 22-year-old died of acute cardiac failure with evidence of pulmonary edema, which is an accumulation of fluid in her lungs.

Her parents filed a Darvocet lawsuit January 7 in US District Court in Cincinnati.

Posted by
Theresa watts
on December 12, 2018
I went to my dr for a pain I was having in both my legs. I have ms and im diabetic however did not know what neurathopy was at the time. I went to the pharmacy took the drug my children found me on the floor passed out I woke up in hospital they gave me more darvocet, I spend 8 months in hospital. I could not walk, had many other side effects and was told I had a permanent heart condition called pots. I went from 160 Pds to 93 Pds.....I then became totally disabled for life in and out of the hospital now for many many yrs, about 25 stays a yr because I get easily dehydrated and very very dizzy and lots of other complications. I went with a firm in Kentucky after this all happened but was told that the judge in Kentucky won't go against the small towns main source of income so I got just like many others NOTHING.....Totally disabled at 47, lost my home, they took my cars and back to my parents I had to go, it took me yrs to walk again, two yrs to gain my weight back, but today I have pots and cannot ever work again. I hope they put this class action suit together because many many many of us are so damaged from this drug!!
Posted by
Mary
on November 10, 2017
Out of curiosity, this week of October 2017 I ordered and received today, the coroners report of my brothers cause of death. He fought long and hard for his life after a car accident left him wheelchair bound. Darvon is what killed him. The coroners report says 'Acute Pulmonary Edema: Acute Drug Intoxication - Darvon". Want to know what YEAR this happened? - OCTOBER 1970! Thank you Eli Lilly, thank you FDA for allowing his life and all the subsequent lives with damage, death, and heartache in its wake due to your drug. My brother died from a drug that was to sustain his life from pain, his pain from being a paraplegic! It's so tragic in this world when you struggle from injuries, but are prescribed your death sentence from a bottle! I have NEVER gotten over his death.
Posted by
Gary
on February 6, 2015
I had surgery at age 22 I was given Darvacet for pain. 7 days later I haf a Heart Attack in intensive care 7 days. No one ever said to me this drug caused the Problem. Years later I started having Kidney Stones. Ive had around 60 talk about pain and suffering. I really feel sorry for this girls family.Almost took me too.