Another Defect in da Vinci Robot

Intuitive Surgery, the company that makes an instrument that goes with the da Vinci robot, sent an urgent device notification (May 8, 2013) to hospitals regarding a “potential issue” with its device. 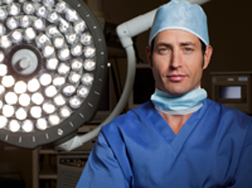 The instrument in question, EndoWrist Monopolar Curved Scissors, also known as Hot Shears, could develop small, invisible cracks, or “micro cracks” and cause a leak of electricity that can burn patients, as first reported by CNBC.

Intuitive Surgical says it has received one complaint of injury, and that a subsequent analysis didn't indicate energy leakage. The company also said there is “no confirmed evidence of patient injury attributable to this issue” and it is not recalling the device. A replacement product, however, would be available in two to four weeks. The FDA has been notified.

More Da Vinci Robot News
This isn’t the first problem facing the da Vinci robot. Many plaintiffs have previously filed da Vinci robot lawsuits, alleging internal organ burns suffered from the device. As well, Intuitive Surgery is currently on trial as a defendant in Washington State: the company is accused of improperly training surgeons in the use of the da Vinci surgical robot (Estate of Fred E. Taylor v. Intuitive Surgical Inc. 09-2-03136-5, Superior Court, Port Orchard, Wash.). (It is the first of about a dozen da Vinci lawsuits in the US to go to trial, according to Bloomberg.)

Further, the da Vinci robot has recently come under fire regarding the cost-effectiveness of robotic surgery compared to noninvasive surgery done by hand. The da Vinci robot was used in about 400,000 surgeries in the US in 2012, according to USA Today.(For more information about the da Vinci robot, view the CNBC documentary)

Posted by
Donald Stienstra
on March 13, 2014
I went in the hospital for a simple hernia surgery. My surgeon told me the procedure would take 6 hours and I would be in the hospital for 3 days. I wound up in surgery for 11 hours and was in the hospital for 2 months. After the surgery I got multiple infections and my kidneys shut down I am now on dialysis. I almost died 3 times. Now there is a hole in my stomach that is leaking into my abdomen here comes another surgery. WOW!!!!!!!!!
Posted by
Jerry F. Queen
on May 19, 2013
I had da vinci robotic surgery in 2008 for the removal of my prostate. My Urologist said that that by him using the Da Vinci Robot that I would only be n the hospital one night. I ended up staying in the hospital for 30 days. I was bleeding internally and no one at the hospital knew that I was bleeding to death. One night about 2:00 A.M. my family was still with me in my room. I looked at them and I told them that I loved them and that I was going now. My family ran to the nurses station and said that I was dying. The nurse came running and my blood pressure had fallen to 40 over 35. The nurse immediately called for the blue team to revive me. I am truly lucky to be alive today and I will never have another da vinci robot surgery because the doctor and the da vinci robot can and did in my case cut some blood veins that no one was aware of. I was given 5 pints of whole blood. People need to ask questions about the da vinci robot and how their operation will be performed by a highly trained and well experienced Doctor. In my case having prostate removal surgery almost cost me my life.