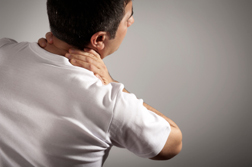 Not much is known about these side effects, but a new study from Copenhagen may shed some light on why patients taking statins such as Crestor experience muscle pain. According to researchers at the Center for Healthy Aging at the University of Copenhagen (as reported by Medical Daily; 1/4/13), statins may change the production of energy in a patient's muscles, causing muscle pain.

The study was published in the Journal of the American College of Cardiology (1/13). To conduct the study, researchers examined a variety of factors including glucose tolerance and coenzyme Q10 content in patients treated with simvastatin. Simvastatin (known as Zocor) is a statin and in the same class of drugs as Crestor (known generically as rosuvastatin). Researchers found that patients treated with simvastatin had diminished glucose tolerance and decreased insulin sensitivity, possibly causing the muscle pain and exercise difficulties patients reported.

More CRESTOR News
The study involved a small number of patients and more research must be done to confirm the findings. Complicating the research is that many patients who take statins are in an older age group, where muscle aches and pains tend to be more common.

Statins are used to lower levels of LDL (low-density lipoprotein) in the patient's body, thereby decreasing the risk of heart attack or stroke. But some patients report uncomfortable muscle pain after taking the medications.

Although the study increases understanding of what causes muscle pain in patients who take statins, it did not examine the link between statins and rhabdomyolysis. The drugs have been linked to an increased risk of the rare but serious condition, in which muscles are damaged and myoglobin is released into the bloodstream, potentially harming the patient's kidneys.