Two Studies Suggest Risk of Diabetes with Statins Such As Crestor 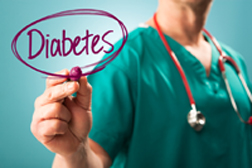 The most recent study, published in Diabetes Care (6/26/14), examined the relationship between a patient’s adherence to statin therapy and his or her risk of developing diabetes. Researchers in Italy examined data from patients who began statin treatment from 2003 to 2004 and then identified patients who were later diagnosed with type 2 diabetes or began therapy with an antidiabetic agent.

Despite the increased risk, researchers noted that the benefits of using statins to reduce cardiovascular events clearly outweigh the risk of developing diabetes.

More CRESTOR News
Meanwhile, a study published in BMJ (formerly British Medical Journal; 4/25/14) suggests that higher potency statins are associated with a greater risk of new-onset diabetes when compared with lower potency statins. The study, involving data from Canada, the UK and the US, examined patients aged 40 and older who began statin treatment from January 1, 1997 to March 31, 2011.

Researchers analyzed information from patients who were later hospitalized for new-onset diabetes, or given a new prescription for insulin or an oral antidiabetic drug. They found that during the first two years of regular statin use, patients who were given a higher potency statin had an increased risk of new-onset diabetes compared with those given a lower potency statin.

Lawsuits have been filed by patients who used Crestor and other statins, alleging they were not adequately warned about the risk of side effects associated with the medications.

Posted by
Jan C. Porter
on March 25, 2015
The use of Crestor, or any statin, has been shown to reduce Cholesterol but, in the case of Crestor, not been shown to reduce the risks of either heart disease or stroke.
In fact, the most recent research and most recent articles about cholesterol and heart disease and stroke have downgraded the importance of cholesterol as a marker for these risks.

My, how knowledge changes with time.

Posted by
Gerhardus de Jager
on July 30, 2014
I am using Crestor 5 for the past five years without any problem. I strongly believe that my cholesterol count is well within limits because of the medication I take.