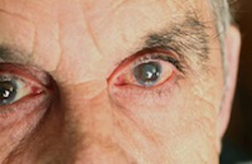 The study was published in the journal JAMA Ophthalmology (9/19/13) and found online. Researchers involved in the study compared the risk of developing cataracts between patients who used statins for more than 90 days and those who did not use statins. The researchers noted that the study was undertaken because investigators have hypothesized that the antioxidant effects of statin drugs could slow the aging process of the patient’s lens.

To conduct the study, researchers divided patients into two groups: those who received at least a 90-day supply of statins during 2005, and those who had never used a statin. More than 13,000 patients fell into the statin-user group, with more than 32,000 patients falling into the non-user group.

Researchers found that the risk of cataracts was around 27 percent higher in patients who used statins compared with those who did not. Even when researchers adjusted for confounding factors, the increased risk was still higher in statin users. The study’s authors concluded that the risk of cataracts should be weighed against the benefits of taking the medication and recommended further studies be conducted.

Cataracts are a clouding of the lens in the patient’s eye. The condition can cause vision problems requiring surgery. The study does not prove that statins cause cataracts but does suggest the two might be associated.

Statins are used to lower high blood cholesterol and thereby reduce the risks of heart attack and strokes, but the drugs have been linked to an increased risk of diabetes and muscle problems.

More CRESTOR News
Meanwhile, a study published in July in the Journal of General Internal Medicine suggests that direct-to-consumer advertising has increased the unnecessary use of statin drugs. Researchers for that study analyzed cross-sectional surveys of the US population and found that exposure to statin advertisements increased statin use by 16 to 22 percent, and increased the risk of a diagnosis of high cholesterol by 16 to 20 percent, for both men and women.

“These associations were driven almost exclusively by men and women at low risk for future cardiac events,” researchers wrote. They further noted that the study “provides new evidence that DTCA may promote over-diagnosis of high cholesterol and over-treatment for populations where risks of statin use may outweigh potential benefits.”

Posted by
Kathy lee
on April 10, 2016
I think I will be discussing this with my doctor since I was just told that I have the beginnings of cataracts. Don't like this since I can only see out of the one eye
Posted by
Mike Hessenius
on October 21, 2013
I have been taking Crestor for the last 8-10 years.
I am developing Cateracts. I think also partly because of Hyperbaric Chambers, I had MRSA infection and I had 60 chamber treatments. When I had my vision checked November of 2012 everything was fine. I had the Hyperbaric Chambers and since I have developed Cataracts. Enough to change my lens 2 times in the last 4 months.