Intellectual property: "If they just weren't so crooked, it would be all right."

LeShawn Andrews grew up in the music business—and knows a lot about protecting intellectual property if you want to survive. Andrews (not his real name) has been in the music business for over 20 years as a singer and composer, following in the footsteps of his father, who belonged to one of the most successful R&B, funk, and soul groups of the 1970s and 1980s.

Andrews has written and sung backup for rappers and has written music for television shows. "I've had lots of exposure," he says, "but not as much as I'd like. It's a meagre living so far, like a roller coaster ride." 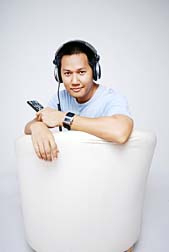 That's why Andrews was upset when a famous hip-hop artist performed a song he wrote on an album but didn't pay for the use of his intellectual property or provide for performance or residual fees. This was a cut and dried case of copyright infringement, and Andrews went after what he was owed.

"I called his lawyer and asked 'What's the problem here?' I threatened to sue and just got on their nerves enough that they handled it out of court. I got $500 for the usage and a 15 percent writer's and publishing split of prorated retail. The album didn't sell well, so I didn't make a lot of money, but I can use it on my resume. Now I've got my own contract lawyer—I've got a guy to talk to."

With his own case out of the way, Andrews says, "The case I want to go to court with is my father's. He and his brothers did their work back before CDs and downloading existed, and now they get nothing for those new media. His music came out originally on vinyl and cassettes, but those are gone. Now they're out on CDs and iPod downloads, all the new media, and he gets nothing in royalties or residuals.

More News
The root of his father's troubles, Andrews says, goes back to his band's early days. "The owner of their label was a gangster and an intimidator and used really cruel methods—including threats to my safety as a child. Through manipulation and intimidation, all of their intellectual property became his. He sold a portion of their material to another label when they were busy on the road and couldn't do anything about it. It was just a real bad situation.

"If they just weren't so crooked, it would be all right. It should be illegal for an artist to sign away his stuff or for somebody to hold songs that were written 25 or 30 years ago in their possession indefinitely. Everybody else is eating off of this, but he's not.

"That's the case I want to pursue—that's my mission on my father's behalf. It's a serious fight, but it's the main fight for me. They had two gold records and four platinum albums, and today they're getting nothing for their intellectual property. So that's what's up with me right now; that's the most important thing for me."

If your trademark, copyright or patent has been infringed on, please contact a lawyer involved in a possible [Trademark, Copyright, Patent Infringement Lawsuit] to review your case at no cost or obligation.
Request Legal Help Now

Click to learn more about LawyersandSettlements.com
LawyersandSettlements.com - A trusted, independent legal news provider bringing quality news and information on all legal cases and lawsuits filed in United States of America to its readers since 2002. Over 250,000 legal help requests including Intellectual Property Cases have been forwarded to lawyers all across to the country.