It wasn't the biggest lawsuit ever to come through the doors of Edelson McGuire, a well-known Chicago firm of about 20 lawyers, but it was important. "We try to handle important consumer issues, and when this came to us, we thought it was a worthy cause," says Collin Bond, associate attorney with the firm. 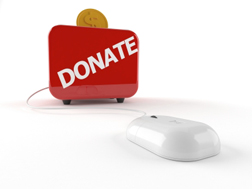 The firm recently settled a charity fraud and deceptive practices suit against discount website, WeGivetoGet, in Chicago. The website agreed to donate $16,000 to local charities and refrain from doing business for at least five years.

It was a consumer who sounded the alarm about WeGivetoGet, one of the growing number of so-called "deal-a-day" websites that promise deep discounts to consumers and a way to top up fund-driving efforts of charitable organizations.

The discount website approached charities and promised to share some of its profits in exchange for a list of their donors that could be potential customers.

"They would ask charities to reach out to their contributors and tell them to check out the deals on the WeGivetoGet website," says Bond. "Then at the website checkout, consumers would be asked which charities they would like to donate to."

Bond and Edelson McGuire waived all attorney fees for the work done to obtain the settlement. "We were happy to be able to help some wonderful charities," says Bond. "Charitable organizations have been badly hurt by the economic downturn. Hopefully, this settlement will lessen the pain and enable several charities to help those in need."

The consumer, who originally brought the complaint forward, was awarded a $2,000 incentive fee.