Minnesota Businessman Could Face 335 Years in Prison for Consumer Fraud

More CONSUMER FRAUD News
US prosecutors are recommending that Tom Petters, a 52-year-old business man recently convicted of the largest consumer fraud case ever in Minnesota, be sentenced to 335 years in prison, according to BusinessWeek. 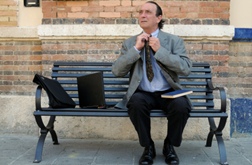 In December Petters was convicted of 20 counts of wire fraud, mail fraud, money laundering and conspiracy to the tune of $3.5 billion. Petters duped investors into funding the purchase and sale of consumer electronics, which prosecutors later revealed to be scams.

"The defendant's fraud is staggering and unprecedented in size and impact on victims and the community," wrote prosecutors in official court documents. The note goes on to argue that Petters should be punished for the "criminal lifestyle he embraced for most of his life" and his "refusal to accept any responsibility for this conduct."

Petters' attorneys argued that he did not mastermind a Ponzi scheme, but instead was betrayed by several of his business contacts. Attorneys plan to appeal the conviction and argue that life imprisonment is too severe for the crimes of which Petters stands accused.

Sentencing in the case is scheduled for April 8.