More CONSUMER FRAUD News
The Delaware State Justice Department has filed a consumer fraud lawsuit against NVR, a development firm working under the name Ryan Homes, over the marketing of houses in the Odessa National development in Townsend. 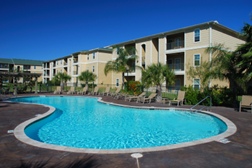 The builder, which has worked on developments in 10 states, is accused of failing to deliver amenities that it promised to homebuyers in the Townsend area. Homebuyers were charged extra for an 18-hole championship golf course, a clubhouse with a restaurant and fitness center and other recreational areas - none of which ever appeared.

"It is unfortunate that there were this many victims for such a long period of time," said Attorney General Beau Biden in an email to the Delaware News Journal. "This does not speak well of what New Castle County allowed to happen, given the vehement objections by the Southern New Castle County Alliance all through the [Odessa National development plan] approval process."

The state's lawsuit is seeking penalties of up to $10,000 for each of the 39 violations alleged, plus a reimbursement of the fees the homebuyers paid for the amenities and potentially punitive damages.