Identity theft and health care scams are happening with increasing frequency as more people flaunt moral and medical ethics in the pursuit of personal gain—to the tune of $100 billion a year. According to a recent article on CNNMoney.com, health care identity theft dominated all other crimes in the sector last year. 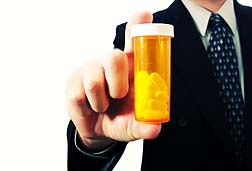 Louis Saccoccio, executive director of the National Health Care Anti-Fraud Association (NHCAA), told CNN that the most common method of health care identity fraud occurs when someone with legitimate access, such as a hospital administrator or a doctor's assistant, sells patients' information to organized criminal groups.

There are also the unsavory criminal hackers who breach supposedly secure digital medical records to siphon funds from the Medicare system. With 44 million beneficiaries and $450 billion in financial assets, there is a lot at stake. Rob Montemorra, chief of the FBI's Health Care Fraud Unit, told CNN that such activity points to the government as the "single biggest victim" of health care fraud.

Once hackers secure medical insurance data, Social Security numbers and other information, they are in a position to bill Medicare and private insurers for drugs, equipment or treatment that was never prescribed.

In some cases, medical information has been sold to uninsured residents who are desperate to receive medical care even under false pretenses.

The FBI is on the alert for such fraud artists, but a paper trail is hard to come by. Shell billing companies are established to undertake the fraudulent activity and disappear as soon as there is any hint of an investigation.

More FRAUD News
James Van Dyke, president of Javelin Strategy & Research is worried as to what the future may hold in light of the potential for fraudulent activity. "Our concern is that as they put more patient records online, they are not necessarily doing it in the most secure way to prevent breaches," he said. "When you put a substantial amount of information online in a short period of time, it will lead to more open doors."

The Obama administration predicts that the digitization of medical records—slated for completion within five years—will save doctors billions of dollars. However, the risks of electronic medical records are substantial if they land in the wrong hands.

The potential for errors in treatment and identity theft could also lead to more lawsuits. Time will tell if the legal cost outweighs the savings over the long term.