Surrogacy Company and Financial Agents Sued for Breach of Contract

Dozens of would-be parents and the women who were acting as surrogate mothers in California have been left in the lurch after the company that made the arrangements and its financial holding company allegedly misappropriated thousands of dollars. Attorney Ted Penny, a Los Angeles litigator with expertise in consumer protection law, has launched a class action lawsuit on behalf of the families and women involved. 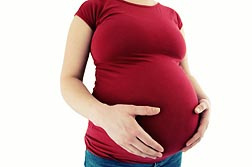 "It is a very simple financial case," says Penny. "However the circumstances around the case are noteworthy and unfortunate because of the emotional pain connected to the event. But from a legal standpoint, this is strictly a financial issue."

They Raided the Bank Accounts
The class action, filed in Alameda County, names Modesto-based Surrogenesis USA and its escrow company, The Michael Charles Independent Financial Holding Group as defendants in the case. "What we believe happened is they failed to adequately supervise the individuals who had access to bank accounts for Michael Charles and in failing to supervise them these individuals had an opportunity to deplete the funds and actually steal the funds," says Penny. "The principle focus will be on negligence and breach of contract."

Hundreds of Thousands of Dollars Unaccounted For
Penny's clients gave Surrogenesis USA hundreds of thousands of dollars in exchange for its help to engage the services of surrogate mothers. According to Penny, the funds disappeared and the offices of both Surrogenesis and Michael Charles are closed, leaving both the would-be parents and the surrogate mothers in legal limbo.

Many of the surrogates, according to Penny, stopped receiving payments for their services. It is unclear as to how the matter will be resolved. The would-be parents are devastated by the collapse of the arrangements.

An Unfortunate Stigma
"There is undeniably and unfortunately a stigma associated with the fact that these individuals were in the process of working with surrogates to grow their family, to have children," says Penny. "In our society right now that is not easily discussed or well recognized – and not without controversy."

Although Penny's clients are extremely distressed by the situation, he describes them as a thoughtful, easy-to-work-with group. "Although, as I said, this is really a consumer protection case, these people are also looking for an explanation of the system," says Penny.

More Consumer Financial Fraud News
The FBI is investigating the case, but Penny says his clients really want to know why law enforcement agencies have not acted more aggressively to seize any of the remaining funds before they are dissipated.

The class action has only just been filed. Penny expects it will take some time to unravel the details of the case.