Tinder, a global dating app’s website, is the focus of a a consumer rights class-action lawsuit launched in California. 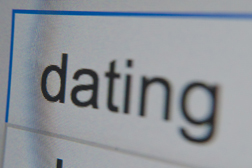 The “find-a-match-anywhere-anytime” with a simple “swipe” on your smartphone has become a favorite with 20-somethings around the world.

But now comes a class-action suit in which the dating app is alleged to have run afoul of a state consumer law known as the Dating Service Act. A somewhat unique piece of legislation, it covers dating services and gym memberships and requires that these kinds of service businesses afford consumers a “cooling-off period” after they sign up and put their money down.

“Many nationwide companies complain about California’s extensive consumer laws but if they are going to do business nationwide, they should be familiar with these statutes,” he adds.

According to Loker’s research, Tinder earns as much as $9 million a month from subscriptions.

Tinder charged the plaintiff for the whole month rather than canceling it immediately, according to the statement of claim.

The claim contends Tinder failed to recognize the consumer’s right to cancel within a 3-day period, and failed to include “on its face and in close proximity to the space reserved for the signature of the buyer a conspicuous statement” clearly stating that “you the buyer may cancel this agreement without penalty or obligation, at any time prior to midnight of the original contract seller’s third day of business following the date of this contract.”

The claim also says that Tinder failed to provide the buyer with an address where the cancellation could be sent.

Loker points out that there are two separate groups that qualify as members of the class.

Potential class members must have signed their contract while residing in California.

“There are two decision sections in the statute and we believe both these groups are entitled to class-action status,” notes Loker.

The suit is currently in discovery phase.

Tinder Inc. has made a court application for a change of venue. It wants the case to be heard in Texas. LawyersandSettlements contacted Tinder for comment but it did not reply.

Click to learn more about LawyersandSettlements.com
LawyersandSettlements.com is an online news and information site for the general public and legal community. As a legal news resource, we have emerged as an independent & trusted voice. We provide detailed and quality information on various lawsuits filed including Consumer Frauds, Business Frauds, and Internet/Technology Cases.