LawyersandSettlements (LAS): You recently filed a class action against Apple Computers. What was that centered on? 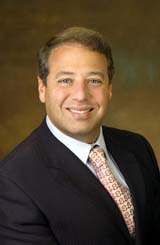 Brian S. Kabateck (BSK): This case concerns the iMac computer that came out in August 2007. This iMac came in two versions, one with a 20-inch monitor and one with a 24-inch monitor. We're not doing anything about the 24-inch model, which was all it claimed to be. The 20-inch model, however, only had 6-bit color, but it was advertised as having sharp images with millions of colors, and as an improvement over the previous model from 2006. The 24-inch model did have sharp images and millions of colors, but the 20-inch has less video memory and fewer colors, and the screen's blurry, which has led to a lot of problems for users.

Our case is not a technology case, we're merely criticizing their misrepresentation and failure to disclose this information about the 20-inch model. It doesn't have millions of colors, it only display 262,144 colors, and the reason they did that was to save money, because it uses a significantly less expensive memory card to drive the screen.

LAS: Your firm has handled a number of cases against technology companies like Apple. Were they all similar to this one?

BSK: We've done several similar technology cases against companies like Epson and Hewlett-Packard. We have several lawyers who do this kind of work; it's one of our special areas of interest. These cases have involved TVs, the Xbox, printers, both laser and inkjet, computer memory, and other types of cases. It's a specialized subset of consumer litigation.

We always bring these cases based on misrepresentation. They always find ways to oversell or make promises that don't deliver and wind up costing the consumer money. The Apple case is typical. We just filed and served in the Northern District of California before Judge Patricia Trumbull and are now waiting for Apple to respond.

This is one of those situations where Apple should really just step up and do the right thing and fix these computers. An upgrade would be one acceptable method; so would giving the class members their money back or giving them the price difference. Everything has a value and everything has a real price, and what they advertised and what they delivered were two different products. One option in cases where people thought they were buying X and got Y is to give them the cash back or give them the opportunity to have it fixed. We're always hoping they'll do the right thing, but otherwise we'll file to have the case certified by the end of the year.

LAS: You've also been involved in litigation around the Turkish genocide committed against Armenians in the Ottoman Empire in 1915. Can you tell us about that?

BSK: That's very special. I'm half Armenian and my grandparents were both survivors of the Amernian holocaust. I got my start doing insurance bad faith cases, so this was sort of a natural progression for me. We still have cases pending involving an insurance company and a bank and we're looking into four other insurance companies and one other bank.

LAS: This sounds like it would involve an incredible amount of research going back many years.

BSK: It's fascinating. We have to have archivists search depositories and archives throughout the world. Corporations are funny, they keep all these records and documents, so we've been successful in finding evidence of what occurred.

It's been to their benefit to ignore not so much the genocide itself, but rather their own obligations. The insurance companies never made the list of policy holders available, the banks never advised Armenian organizations that they had the deposits, so they profited from the genocide. They didn't kill anyone, but they profited by failing to pay what they owed.

If they had a life insurance policy on someone who died in the genocide and never had to pay it off, that's making a profit from the genocide. It's also true for bank deposits; a small amount deposited in an account could have been used to start a new life in America or other countries for the Armenian people who were scattered after the genocide. When they didn't make the information available, they made a profit from it. The League of Nations actually had a commission that tried to get this information out, to get the benefits paid, and the companies stonewalled them, so they did benefit from this genocide.

LAS: This sounds like it's a matter of the heart for you.

BSK: Absolutely. We're the only lawyers who have brought these kinds of cases. This is not the kind of case we profit off of; we may make enough to cover our expenses, but we're really doing it because it needs to be done.

Brian Kabateck, founding partner in Kabateck Brown Kellner LLP, is a 1985 graduate of the University of California and received his JD from Loyola Law School, Los Angeles, in 1989. After working in several other firms, he founded KBK in 2002; among other honors, he was named California Lawyer of the Year/Litigation in 2006.

Click to learn more about LawyersandSettlements.com
LawyersandSettlements.com - A trusted, independent legal news provider bringing quality news and information on all legal cases and lawsuits filed in United States of America to its readers since 2002. Over 250,000 legal help requests including Consumer Frauds have been forwarded to lawyers all across to the country.