A Florida man is suing Credit One Bank, claiming that the bank "robocalled" him more than 125 times in violation of the Telephone Consumer Protection Act. 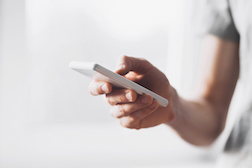 Ronnie Selby on April 10, 2017 filed a lawsuit Selby v. Credit One Bank NA, Case No. 6:17-cv-642, US District Court, Middle District of Florida, Orlando Division against Credit One Bank, alleging that the Nevada-based bank violated the Telephone Consumer Protection Act (TCPA) by continuing to call his cell phone, attempting to collect a debt after he told the bank's agent to stop calling.

The TCPA was enacted in 1991 to protect consumers from unsolicited pre-recorded or autodialed telephone calls, text messages or faxes. Originally, the law was aimed primarily at telemarketers.

However, the TCPA also now specifically prohibits calls from companies to all wireless devices without the recipient's permission. Additionally, the TCPA prohibits companies from calling customers after the recipient of the call tells the company to stop phoning.

After Selby's request to cease the calls, Credit One Bank allegedly telephoned plaintiff using an automatic telephone dialing system (ATDS), also known as a robocall, more than 125 times, according to the complaint.

When Selby answered a call from an agent and demanded that Credit One Bank stop calling him, "a representative from defendant used profane language" toward Selby, according to the complaint.

Selby claims in his lawsuit that Credit One Bank ignored his requests for them to stop calling and bombarded him with a "barrage of phone calls" to his cell phone.

According to the lawsuit, Credit One Bank allegedly "has a corporate policy of using an ATDS or a prerecorded or artificial voice message to collect debts from individuals such as Plaintiff for its financial benefit."

"Defendant intentionally harassed and abused Plaintiff on numerous occasions by calling several times during one day, and on back to back days, with such a frequency as can be reasonably expected to harass," the lawsuit states.

A sponsor of the TCPA described robocalls as "the scourge of modern civilization," according to Selby's lawsuit: "They wake us up in the morning; they interrupt our dinner at night; they force the sick and elderly out of bed; they hound us until we want to rip the telephone out of the wall."

If you or a loved one have suffered losses in a similar case, please click the link below and your complaint will be sent to a consumer banking lawyer who may evaluate your claim at no cost or obligation.
Request Legal Help Now

Posted by
Shelia Smith
on August 14, 2017
I AM IN THE SAME SITUATION THEY CHARGED ME FEES TOO AND I NEED TO GET IN ON THIS LAW SUIT AND YES THEY ARE CALLING ME TOO BUT I HAVE THEM BLOCKED THE NUMBER STILL SHOWS UP. PLEASE LET ME KNOW IF I CAN FILE TOO.
Posted by
Kathleen fuhrman
on June 15, 2017
Credit one bank has been harassing me about debt I incurred while taking abilify. I have an abilify lawyer now. Credit one bank continuously calls me and when I answer they hang up. I have told them to stop calling me and it continues. My life is interrupted all day due to the calls.
Posted by
Barb
on June 11, 2017
I too have a lawsuit against credit one bank for the same thing. When I told them I had a cease and desist letter on file the guy said he didn't care and I was a dead beat.

Click to learn more about LawyersandSettlements.com
LawyersandSettlements.com is an online news and information site for the general public and legal community. As a legal news resource, we have emerged as an independent & trusted voice. We provide detailed and quality information on various lawsuits filed including Consumer Banking Issues, and Civil & Human Rights Cases.