Commercial Contracts: When Outsourcing Leaves You Out in the Cold

In an age when more and more companies are trimming their employee rosters to the bare bone, commercial contracts are becoming more and more prevalent as businesses and corporations contract out tasks that used to be performed by staff.

The savings and efficiencies are obvious: no employee benefits to pay, no requirement for training, and no sick days. The employer saves time and money. 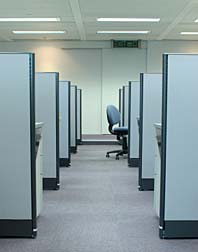 But there is a down side. Contracts have to be carefully written, lest they allow for legal loopholes that could leave you holding the bag in the end. And like anything, be that an employee or the entire business, the contract has to be supervised and managed properly.

If it isn't, it could leave you out in the cold, or leave behind a bad taste in the mouths of your customers. Something like that could affect your reputation and impact your bottom line. Legal help may be an option you should consider, if a commercial contract goes off the rails.

After all, the party to which you are in contract with is representing your good name to your customers, suppliers, and the community at large. So you've hired someone to keep the company grounds, and they look great - but they were seen spreading a banned pesticide on YOUR lawn. That's not good public relations.

Sub-contracting is a whole new can-of-worms. If your primary service provider gets in a jam, or becomes overwhelmed with too much on his plate, sub-contracting some of the work out could get rid of his headache, but could create a headache for you.

The is no end to the horror stories which flow from outsourcing; from sub-contractors proving under-qualified for the job, to under-bidding for the job just to get the work, then asking for more money half-way through.

And sometimes people find a way to circumvent the contract altogether, which is what happened to a brokerage firm in Wisconsin. After representing the owners of a tract of land pursued for development by a furniture store, the landowners and the furniture company eventually agreed to a deal that was essentially the same as a deal negotiated by the brokerage firm, only to be turned down. Six months after the listing expired, the deal was done - denying the brokerage firm U.S. $294,000 in commission fees. The brokerage firm left at the real estate alter took the parties to court in an effort to obtain commission fees to which they felt entitled.

Any fan of the 'Holmes on Homes' television show with Mike Holmes will know all about shady contractors who perform shoddy, over-priced work, only to skip out of town (with the money) before the job is completed.

The bottom line is that a contract is a contract. The key is making sure that everything goes into it, and nothing is left to chance. Verbal understandings, or addendums should be avoided at all costs. Each party's obligations should be spelled out in writing, with no room for error.

More News
And that goes for any kind of contract. If you've leased a car, or rented equipment, make sure you know what's in the contract. If there are payment obligations, make sure you're aware of the interest rate, and any penalties. Too many people don't bother to read the fine print, which is, unfortunately, where most of the traps are.

Once you've signed it, you've agreed to it. And the same holds true with the other party, too.

And if the other party tries to leave you in the lurch, you have recourse in the legal community. Lawyers are skilled at understanding contracts, verifying what your rights are, and making sure you have access to what you are entitled. If someone has skipped out on you, or has failed to deliver on a contractual obligation, don't just turn the other cheek and wander away with your tail between your legs.

You do have options.

If you have had issues with business contracts, please send your complaint to a [Commercial Contract] lawyer who will review your claim at no cost or obligation.
Request Legal Help Now