LAWSUITS NEWS & LEGAL INFORMATION
Home Page >> Lawyer Interviews >> Meet the Man Who Introduced You to Your ..

Meet the Man Who Introduced You to Your Lawyer

A seasoned advertising professional with an eye for what works, Harlan Schillinger hit on one heck of a good idea. It was 1981 and a nasty little recession was kicking the stuffing out of the economy. Around the same time, a law firm in Arizona that wanted to promote its legal services to moderate-income consumers was hammering away at the rules that prevented attorneys from advertising. Eventually, state by state, the courts relented and agreed the restrictions on attorneys violated freedom of speech laws. 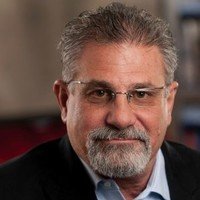 "We kind of stumbled into doing advertising for lawyers," says Harlan Schillinger from his weekend home in South Dakota.

If that was a stumble, then we should all be as lucky as to 'stumble' into a business like Network Affiliates. Schillinger's company is a full service public relations company that works exclusively for medical doctors and lawyers. Last year the legal marketing arm of the company did just over $23 million in business. Headquartered near Denver, Network Affiliates has 110 employees and represents 86 law firms in 90 markets across the US.

Schillinger's list of clients includes some biggies—including some of the largest and best-known firms in the US including the one founded by the late Johnnie Cochran in Los Angeles. "No---lawyers don't have to advertise," says Schillinger. "But one of the most frustrating things for the old school guys, who don't believe in advertising, is watching the new guys come along and take a ton of business from them. Advertising is a fact. There is a whole generation that grew up on it and believes in it."

The first lawyer that Schillinger worked with 27 years ago signed up 59 new clients in the first two months. Network Affiliates now produces TV ads for lawyers all over the country as well as radio, print and website advertising materials and boasts the highest client retention rate in the business. "TV will always be king," says Schillenger, "but the Internet is also important. There isn't anybody that doesn't see a commercial and then go online to see who that lawyer is."

It works for consumers too. At one time, all consumers could do was run their finger down a list of lawyers in the yellow pages and hope they were making a good choice. Now, consumers can learn something about the firm they are about to engage to help them tackle life-altering issues. "Consumers love it," says Schillinger. "They love a choice. Consumers now have a choice, and before they did not feel like they did. They didn't even know what all the choices were!"

Schillinger started out in the television production and advertising business in New York. He worked on the iconic Noxzema skin cream commercials of the 1970s and later he worked on TV spots for Chevrolet and helped create the well-known Irish Spring soaps commercials.

"Everyone thinks advertising is a big secret," says Schillinger. "I am very open about how we do what we do." Network Affiliates is considered one of the most progressive, successful PR firms in the US because of the clients it represents and the success it has had as a pioneer in the field of legal advertising. Schillinger is frequently invited to speak at conferences and roundtable discussions about the importance of advertising.

More Business News
As the economy is mired in another recessionary climate, Schillinger's sees opportunities for smart businesses. "Some of the greatest opportunities are found in a recession," he says. "I am encouraging my clients to spend as much on advertising as they can. Because some people pull back, this is the best time to get out there and gain market share. The smart money is spending more money on advertising, not less."

Harlan Schillinger is a 32-year veteran of the advertising industry and leads the legal marketing work for Network Affiliates. Prior to joining Network Affiliates, he was Vice President and one of the founding partners of Madison, Muyskens & Jones, in Lakeville, Connecticut. Along with his partners, Schillinger founded the first syndication firm for retailers using television commercials. He sits on the Board of the Children's Care Hospital of South Dakota.