Two Chinese drywall cases that were set for trial June 21 have just been settled. "This is great news for homeowners with Chinese drywall," says attorney Gary Mason, who represents about 700 homeowners in Florida, Louisiana, Alabama, Mississippi, Georgia and North Carolina. His firm also represents hi-rise buildings in Florida and Alabama. "We are continuing to take on new clients and making sure they have a professional inspection so we can best present their case in the court." 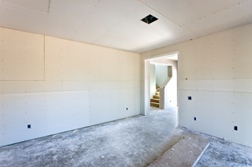 Gary Mason (GM): I am optimistic that there will be a resolution for all homeowners with drywall that was manufactured by Knauf Plasterboard Tianjin Co. On Friday, June 18 Knauf reached a settlement with two homeowners who brought suit against the Chinese manufacturer. It is likely that Knauf will pay a considerable amount of costs for complete remediation.

LAS: Can homeowners who suspect they have Chinese drywall still file a claim?

GM: Yes, but first they need to contact an attorney for assistance on identifying whether their home has Chinese drywall and determining the manufacturer.

LAS: Is there a statute of limitations?

GM: Yes and no. The pending class actions may toll the statutes big limitation and many of the homes were built recently enough to file within the statute of limitations periods but I recommend anyone to contact a lawyer sooner than later and get their case on file.

LAS: A Miami-Dade County jury recently awarded a Miami couple $2.47 for damages they said were caused by defective Chinese drywall installed in their home. Can other homeowners expect this amount of compensation?

GM: Banner Supply Co. supplied drywall to almost the whole state of Florida and it was held 55 percent liable, along with two other defendants, but it is not a financially strong company. Banner is likely to appeal but it may not survive economically so plaintiffs' lawyers are still looking to Chinese manufacturers-- particularly Knauf, a German company--that have deep pockets. The Chinese manufacturer was not a defendant in this case.

LAS: What was the point of naming Banner as a defendant instead of Knauf?

GM: The plaintiffs did not go after Knauf to keep the case out of federal court. They got their case tried sooner but the plaintiffs will have to continue on against Knauf. Very compelling facts, however, came out in this trial. The evidence showed that Banner had received reports of bad smelling drywall prior to supplying the plaintiffs with the Chinese drywall but continued to supply it.

As well, this case brought out some good facts that will help in federal court, such as reports from as early as 2006 of noxious smells. Knauf had received these reports from Banner, recalled some of their shipments and then replaced new Chinese-manufactured drywall. It then made a confidential settlement with Banner.

LAS: Why didn't Banner report it?

GM: For a few reasons. First, they didn't think it was a problem and second, they signed an agreement with Knauf not to say anything in order to have the product recalled by Knauf and replaced.

LAS: So a homeowner would be better off in federal court?

GM: The best strategy is to press in federal court against the Chinese manufacturers because that is where the money is. Our cases are all in federal court. We had several go to trial and I believe our next trial will be set sometime this fall.

LAS: What are the chances of a homeowner settling rather than going to trial?

Because there are thousands of cases on file, which will take decades for each one to be tried, it is likely that Chinese drywall cases will be resolved through settlements. So far about ten cases have gone to trial in the past year and there are 4,000 cases on file. This will have to get resolved globally through a settlement.

With these recent verdicts we will hopefully see a lot more settlements for homeowners with Knauf drywall. Knauf has about 50 percent of the Chinese drywall market, but not everyone has Chinese drywall manufactured by this company. Another major player is Taishan Gypsum Company .

LAS: Are you, and other attorneys, now going after Taishan Gypsum?

GM: Yes. Taishan was the defendant in the first federal case that went to trial but they did not appear so the company, which is owned by the Chinese government, has a default udgment against it. On June 11 Taishan appeared in court for the first time to appeal the judgment; the plaintiffs' lawyers are guardedly optimistic that Taishan will step up to the plate and take responsibility.

We consider the appeal to be a positive development because they showed up in a US court system for the first time. I think China is feeling pressure to come forward and engage in this litigation rather than ignore it.

LAS: With these settlements will there still be a need for bellwether trials?

LAS: Getting back to the two Louisiana cases that were set to go to trial next week but settled with Knauf Plasterboard Tianjin (KPT) on June 18. The KPT attorney said that the company plans to "study the components removed from the two homes" to try and prove that the scope of remediation mandated by the judge and the federal government goes beyond what is needed. Does that mean homeowners will have to wait until KPT remediates these two homes?

GM: No, homeowners won't have to wait. KPT wants to tear apart these homes but a lot of what they are looking at has already been proven in court. It may, however, impact the final terms of the settlement. There are issues still in dispute. For instance, to what extent will homeowners have to replace wiring, copper pipes, and air conditioning systems.

LAS: How much money can homeowners expect to receive?

GM: Based on the Germano trial that took place in New Orleans in February, Judge Eldon E. Fallon held that all drywall (both Chinese and non-Chinese), all electrical wiring and all copper piping must be removed and replaced, and remediation is estimated at $86 per square foot. Judge Fallon also held that the plaintiffs be awarded for loss of use and enjoyment, which for most homeowners with Chinese drywall he set at $100,000.

This resolution is a significant victory; although I haven't seen any dollar figures for what was just resolved in federal court, KPT has apparently agreed to fund the remediation consistent with the scope of work required and in keeping with what the plaintiffs wanted.

Ultimately everyone wants to see the defendant pay the amount necessary to remediate consistent with state and federal guidelines. Any settlement will involve replacement of all drywall, but some issues are yet to be determined.

LAS: If homeowners suspect Chinese drywall, what can they do?

GM: Homeowners should be proactive. If you have unusual odor, darkening of wiring, and/or electrical outlets, repeated failures with air conditioning, contact an attorney who will make sure you receive a professional inspection consistent with inspection guidelines used in the federal litigation. There are a lot of different inspections and some inspectors aren't legitimate; it is very important to have the right inspection to make a case in federal court.