Lawyers who initially opposed a settlement with Lowe's regarding Chinese drywall have dropped their opposition now that the terms of the agreement have been changed. Consumers who experienced Chinese drywall problems filed a lawsuit against Lowe's, alleging the home-improvement chain sold drywall with high levels of sulfur, strontium or other compounds that caused problems in their homes. A settlement was initially reached with Lowe's, but critics argued that the settlement gave too much money to attorneys and not enough to the people with the allegedly defective Chinese drywall in their homes. 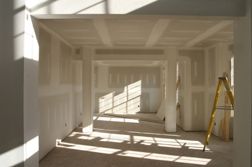 Some consumer lawyers criticized the proposed settlement, saying it would pay pennies on the dollar. Lowe's and the lawyers involved in the case then renegotiated the settlement, increasing the maximum payment to $100,000. Furthermore, consumers who are part of the Lowe's settlement will also be allowed to pursue claims against other parties responsible for defective Chinese drywall.

Following the changes to the settlement, consumer lawyers who were opposed to the initial agreement dropped their opposition. The new settlement must still be approved by a judge.

More CHINESE DRYWALL PROBLEM News
Chinese drywall has come under fire for allegedly having high levels of sulfur and other compounds that release foul odors. The defective Chinese drywall is also alleged to corrode metal in homes. Some people who have had Chinese drywall used in their homes have had to move into temporary housing until their home is habitable again.

Consumers who have homes that contain drywall imported from China between 2001 and 2007 have filed lawsuits against various companies involved in producing homes with Chinese drywall or selling or marketing the Chinese drywall. Thousands of such lawsuits have been consolidated into a multi-district litigation in New Orleans.

Meanwhile, a judge in Florida has limited homebuilders' liability in Chinese drywall litigation. The judge determined that homebuilders cannot be held strictly liable because they did not manufacture the Chinese drywall and they did not belong to the chain that distributed the defective drywall. Instead, they are end-users of the product—buying it to put it into a home.

If you or a loved one have suffered losses in this case, please click the link below and your complaint will be sent to an environmental lawyer who may evaluate your Chinese Drywall Problem claim at no cost or obligation.
Request Legal Help Now