Chinese Drywall May Still Be Cause of Fort Bragg Infant Deaths

Although Fort Bragg officials found no link between Chinese drywall and the deaths of 10 infants in four years on the base, the possibility of such a link remains the focus of a federal investigation, reports WTVD. 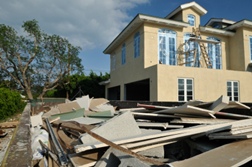 Contractors brought in by Fort Bragg failed to find any issues with drywall, but the news source reports that a field report from the Consumer Product Safety Commission points to Chinese drywall in the homes the infants lived in prior to their deaths as a potential factor.

More CHINESE DRYWALL PROBLEM News
The report includes evidence of potential corrosive drywall, including photographs of corroded metal, blackening wires and an air-conditioning unit that required replacement despite being only five years old.

Family members of the deceased infants reports that they—as well as the babies—suffered from respiratory problems while in homes suspected of having Chinese drywall and that the homes smelled like rotten eggs.

The corrosion, respiratory problems and egg smell are all potential indicators of hydrogen sulfide, according to the news source. The Fort Bragg investigation into the infant deaths did not test for hydrogen sulfide.

"I was surprised to see they didn't analyze for hydrogen sulfide. Hydrogen sulfide is a major off-gas from Chinese drywall and one that we're concerned about with respect to health complications," Jerry LeBlanc, head of North Carolina State University's toxicology program, told the source.