Homeowners with Chinese drywall are likely on tenterhooks awaiting the mediation outcome today by US District Judge Eldon Fallon, who is presiding over about 10,000 federal and state Chinese drywall cases consolidated in multidistrict litigation (MDL) in New Orleans. 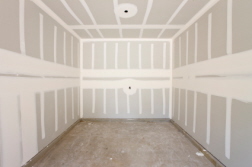 Some of those in attendance are Knauf Plasterboard Tianjin Co. Ltd., a manufacturer of the defective drywall; several homebuilders, suppliers and insurers. And Fallon means business. According to NewsPress.com, all parties are intent on making headway, especially Judge Fallon. "He said we were approaching an end game," said Allison Grant, a Boca Raton attorney who listened in on the judge's conference call. "He was extremely optimistic."

In an email, a Knauf attorney said, "KPT is participating in good faith, will make reasonable offers to homeowners and hopes that other parties to the mediation do likewise."

Let's hope the KPT offer is better than the Lowe's settlement.

Under Lowe's proposed settlement, claimants are entitled to receive gift cards in amounts ranging from $50 to $2,000. Those who can prove they've suffered more than $2,000 in damages may also receive up to $2,500 in cash. How does that work when most homes affected with Chinese drywall are looking at repairs well over $100,000? The $4,500 maximum reward offered under the settlement would not even repair a portion of one wall!

Furthermore, ProPublica reports that consumer advocates have problems with the way claimants will be notified of the settlement. Apparently, about 40 plaintiffs are involved in this class action lawsuit, which would automatically apply to Lowe's customers throughout the nation, unless they notify the Superior Court of Muscogee County, Georgia, by November 9 that they want to opt out.

Lowe's customers won't be notified of the settlement or their option to opt out via mail. Instead, the retailer will use a web site, ads in Parade Magazine and notices on store receipts to get the word out. If potential claimants don't opt out, they waive their right to sue Lowe's individually. ProPublica said in most cases, notification plans for class action lawsuits involve contacting potential claimants by mail.

More CHINESE DRYWALL PROBLEM News
This doesn't sit well with Ed Mierzwinski, consumer product director for the US Public Interest Research Group, a nonprofit consumer advocacy organization. He said the notification plan is inadequate. "I cannot believe the judge would approve these notice disclosures," Mierzwinski said. "When people get their Sunday paper, a lot of them throw away Parade magazine along with all of the other inserts that come in the paper."

The ProPublica report further says that the agreement is structured as a reversionary settlement, which means that if it does not draw enough claimants to pay out at least $2.5 million in cash and gift cards, Lowe's gets to keep the remaining $4 million that was set aside for the plaintiffs.

It's a win-win situation for Lowe's: If Lowe's received more than $6.5 million in claims, the amounts individual claimants can receive will shrink. What's more, the settlement prohibits class members from pursuing any further litigation against Lowe's.