A federal investigation into Chinese drywall has revealed a strong association between the respiratory problems reported by homeowners and the defective drywall. The respiratory problems are believed to be brought on by a combination of formaldehyde, which is common in newly built homes, and hydrogen sulfide off-gasing from the drywall. 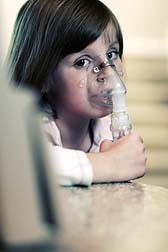 Furthermore, there may also be a link between electrical problems and the drywall.

According to a November 23 report in the New York Times, the Consumer Product Safety Commission (CPSC) released the information in their second progress report on the problem. The investigation, the largest in the history of the CPSC, is costing $3.5 million.

The CPSC investigators looked at a total of 51 homes. They reportedly took x-rays and air samples and used infrared technology to evaluate the composition of the drywall. They also evaluated copper plumbing, wiring, air exchange and temperature. Other factors are also being evaluated over a prolonged period of time.

More Chinese Drywall News
Homeowners in the Southern states have arguably been hit the worst. Estimates suggest that as many as 2100 people in Virginia, Louisiana and Florida have experienced problems with their newly built homes. There, the problem of drywall off-gasing is exacerbated by high temperatures, humidity, and poor air circulation in homes with air conditioning.

Overall, the number of homes believed to be affected by Chinese dryall is estimated at 60,000.

Scott Wolfson, a CPSC spokesman, told the New York Times that the Agency's next steps are to try and identify ways to fix the problems homeowners are faced with, and to provide them with financial aid.