There is now a litany of adverse symptoms associated with Chantix (varenicline). Heart problems, seizures and diabetes join the already well-documented psychiatric problems, including suicide, suicidal thoughts and depression.

On May 21, The Institute for Safe Medication Practices, a nonprofit drug-safety group, reported on a pilot program that found "multiple safety problems" associated with the drug prescribed to quit smoking. In its executive summary, the organization said that Chantix is also suspected of causing "a wide spectrum of injuries, including serious accidents and falls, potentially lethal cardiac rhythm disturbances, severe skin reactions, acute myocardial infarction, seizures, diabetes, psychosis, aggression and suicide." 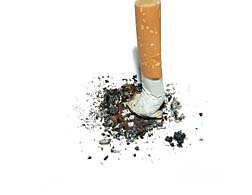 No wonder the Federal Aviation Administration (FAA) issued a ban on the use of Chantix by pilots and air-traffic controllers. (The FAA approved Chantix for use by airline pilots before most of these reports were available.)

This recent news begs the question: how was Chantix approved in the first place? The drug was approved in May 2006 after being granted a priority review. Since that time, more than 988 serious injuries have been reported to the FDA.

This alarming statistic may have prompted the agency to issue a Public Health Advisory on May 16, 2008, to inform patients and physicians of important changes to the prescribing information, namely warning them of serious neuropsychiatric symptoms developed during Chantix treatment, and also developed following withdrawal of Chantix therapy.

Let's back up a bit: the public was first informed of possible psychiatric symptoms in November 20, 2007, in the FDA's Ongoing Safety Review. Then in February 2008, the agency said it is "increasingly likely" that Chantix may be tied to serious psychiatric symptoms.

According to The Institute for Safe Medication Practices, the pilot program (that was reported to the FDA) lists adverse events and serious harm for which no warnings currently exist. They include the following:

- Accidents and injuries. A total of 173 serious events described accidental injury, including 28 road traffic accidents and 77 falls, some leading to fractures of rib, facial bones, hand, ankle, spine, and lower limbs. In these cases a variety of potential causes were identified, including loss of consciousness, mental confusion, dizziness and muscle spasms.

- Seizures and abnormal muscle spasms or movements. Serious reported events included 86 cases of convulsions (seizures), 372 reports of a wide variety of movement disorders, including tremors, muscle spasms, twitching, tics, drooling, and motor hyperactivity. The extent to which these problems resolved with a reduced dose or by halting treatment could not be determined from these data.

More News
- Moderate and severe skin reactions. Reported serious events included 338 cases of hives or swelling of the tongue, face, eyes, lips or other areas. In addition, 65 cases were classified as severe and included blisters, exfoliation of the skin and lips, and Stevens-Johnson Syndrome.

- Diabetes. The FDA has received 544 reports suggesting varenicline may be related to a loss of glycemic control. This category included many cases of weight loss or gain that could have alternative causes, but also identified numerous cases of symptoms and laboratory tests consistent with new onset diabetes.

Since the FDA approved Chantix, Pfizer has updated the label for potential side effects twice, yet it is still on the market without a black box label. However, the word is out on Chantix: according to a drug-data research firm, sales of Chantix in April were down 23 percent to 392,233 from a year ago; since January, new prescriptions are down 32 percent.