Randall Sloan, a former employee of Pfizer, the manufacturer of Chantix, has filed a class action against the pharmaceutical giant after he was hospitalized for a number of Chantix side effects. 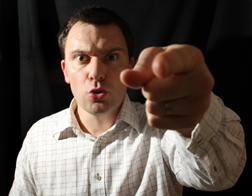 The personal injury case, filed in the United States District Court for the Northern Division of Alabama—Chantix class-action (MDL 2092)—alleges that Pfizer "intentionally, recklessly, and/or negligently concealed, suppressed, omitted and/or misrepresented the risks, dangers, defects and disadvantages of Chantix…and [chantix] was not accompanied by adequate warnings about its dangers."

Sloan started taking Chantix in December 2007, and by March 2008, after "sustaining injuries and damages [including] anxiety, depression, aggression, mania, psychosis, erratic behavior," he was hospitalized, allegedly as a direct result of Pfizer's negligence.

The suit argues that Sloan has suffered permanent injuries and ultimately, loss of wages and loss of income-earning capacity.

A most important part of this suit claims that Pfizer intentionally excluded certain patients from clinical trials, such as those with a previous history and/or diagnosis of psychological disorders. And it intentionally ignored any proper evaluation of depression, aggression, suicide, suicidal ideation, etc.; and failed to determine what other effect Chantix has on other receptors in the human brain and body.

Sloan has a history of psychological problems, including depression.

Pfizer admitted that patients with serious mental issues did not participate in clinical trials. This means that the trials were not representative of the people they were targeting for their product. But people suffering with mental issues, such as depression, also smoke!

Cystosine, the active ingredient in Chantix, has been linked to cases of suicide as far back as 1972: how could Pfzier not have known? According to a 2006 report by the European Medical Agency (EMEA), a 61-year-old man committed suicide less than a month after he finished taking Chantix. In the fourth quarter of 2007, the FDA reported that varenicline accounted for 988 serious injuries in the US. To give an idea of this scope, the FDA received reports of serious injury for 769 different drugs during the same time period.

More CHANTIX News
Getting back to Mr. Sloan, this isn't the first time he filed a lawsuit against Pfizer. In 2001, he was hired by Pfizer as a clinical programs associate. In 2005, he was diagnosed with unspecified "mental disabilities"; he took time off work under Pfizer's short-term disability plan and then requested that he work from home, but that was denied. (The suit says a co-worker was allowed to work from home.)

Sloan alleged discrimination—he is gay and HIV positive—but Pfizer ordered him back to work. He refused to return to work and was fired in February 2006. The discrimination suit was dismissed by a court in 2009. Is this second suit the result of a disgruntled former employee seeking retaliation? Regardless, given his medical history, Sloan likely should never have been given Chantix in the first place.