Serious neuropsychiatric symptoms have occurred in patients taking Chantix (Varenicline). These symptoms include changes in behavior, agitation, depressed mood, suicidal ideation, and attempted and completed suicide, according to a Public Health Advisory issued February 1, 2008 by the U.S. Food and Drug Administration (FDA). 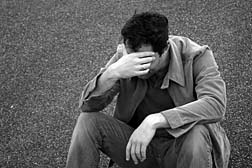 "As FDA's review of the issue has progressed, it appears increasingly likely that there is an association between Chantix and serious neuropsychiatric symptoms", the FDA stated in today's advisory.

Chantix (varenicline) was approved in the U.S. in May 2006, and is available, only by prescription. It works by reducing the severity of a smoker's urge to smoke.

The FDA first informed the public about the possibility of serious neuropsychiatric symptoms in the November 20, 2007 FDA Early Communication About an Ongoing Safety Review. At that time, information about serious neuropsychiatric symptoms in patients taking Chantix was added to the POST-MARKETING EXPERIENCE section of the prescribing information.

The European Medicines Agency (EMEA) concluded this past December that updated warnings to doctors and patients were needed to increase awareness of cases of suicidal ideation and suicide attempts reported in patients using Chantix (marketed as Champix in Europe).

The Committee for Medicinal Products for Human Use (CHMP) which had been closely monitoring the safety of Chantix for the EMEA recommended that the following wording be inserted in the warning section of the SPC:

Pfizer said last month that it would update the product label for Chantix, in order to better display the adverse events added, in November, to the POST-MARKETING EXPERIENCE section.

Today, the FDA requested that Pfizer add this safety information to the WARNINGS and PRECAUTIONS sections of the Chantix prescribing information, so that healthcare professionals and patients can be more alert to these issues. Pfizer and the FDA are also working to finalize a Medication Guide for patients.

Healthcare Providers were advised to monitor all patients taking Chantix for symptoms of serious neuropsychiatric symptoms, such as changes in behavior, agitation, depressed mood, suicidal ideation, and suicidal behavior.

The advisory notified patients that Physicians who prescribe Chantix should discuss with them, their families, and caregiver any history of psychiatric illness prior to starting Chantix. Additionally, the advisory warns that vivid, unusual, or strange dreams may occur while taking Chantix. Patients are advised to be alert to changes in mood or behavior after starting Chantix and immediately report them to their doctor.
In the meantime, the FDA will continue to review new information it receives on Chantix and may consider additional regulatory action as the data review and conclusions warrant.