The European Medicines Agency (EMEA) has concluded that updated warnings to doctors and patients are needed to increase awareness of cases of suicidal ideation and suicide attempts reported in patients using Chantix (varenicline), a medication prescribed to adults to help them quit smoking. Chantix, also known as Champix in Europe, is marketed by its manufacturer Pfizer, as [Chantix]in the U.S.

The Committee for Medicinal Products for Human Use (CHMP) which has been closely monitoring the safety of Champix for the EMEA, has requested that Pfizer submit a variation to the Champix marketing authorization (label) before December 19, 2007. The CHMP has recommended that the following wording be inserted in the warning section of the SPC: 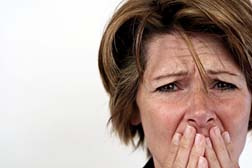 In an accompanying "Questions and Answers release" (Doc. Ref. EMEA/595658/2007), the European Medicines Agency advised patients who are taking varenicline and develop suicidal thoughts to stop their treatment and contact their doctor immediately.

Pfizer, whose Champix sales in the third quarter were $241 million, said in a statement that there is no scientific evidence of a causal relationship between varenicline and these reported events. Noting that that the review is still ongoing, the company added that Clinicians should be aware of the possible emergence of depressive symptoms in patients undergoing a smoking cessation attempt, with or without treatment, and should advise patients accordingly.

Available only through a doctor's prescription, varenicline works by reducing the severity of a smoker's urge to smoke. Doctors prescribe varenicline one week before the patients quit date. This allows the medication to build up in their body, while they are still smoking. The medication is continued after the quit date for up to 12 weeks. If the patient has completely quit smoking, healthcare professionals may prescribe varenicline for another 12 weeks to prevent a relapse.

Last month, Dallas-Fort Worth based CBS11 reported it had learned the number of people in the United Kingdom reporting suicidal thoughts while using varenicline doubled in just 60 days. According to that same investigative report, in a clinical trial, varenicline had six times the number of serious adverse reactions as Zyban. Pfizer used Zyban as a comparison in clinical trials to show the success rate of its drug.

CBS 11 also reported that according to a 2006 report by the European Medical Agency (EMEA), a 61-year-old man committed suicide less than a month after he finished taking the anti-smoking drug.

More News
The news report followed the tragic death of 39-year-old Omer Jama, a popular television editor, who slashed his wrists after beginning a course of the anti-smoking pill. After the CBS 11 TV report aired, a blog also provided by the station, was flooded by comments from viewers reporting both success and complications following the use of varenicline.

On November 20th, the U.S. Food and Drug Administration (FDA) stated in an "Early Communication release" that it was working with Pfizer, Inc., to further evaluate the potential association between Chantix and suicidal thoughts, aggressive and erratic behavior, and impairment that affects one's ability to drive or operate machinery. The FDA also urged both healthcare professionals and patients to report side effects from the use of Chantix to the FDA's MedWatch Adverse Event Reporting program.


If you or a loved one has suffered from Chantix, please contact a lawyer involved in a possible [Chantix Lawsuit] to review your case at no cost or obligation.
Request Legal Help Now

Posted by
JOSEPHINE swain
on February 26, 2016
I TOOK THEM ..THEY killed me ..I Will never be the same AGAIN ..THAT i know