When it comes to pregnancy, there is a great deal of debate over whether women should be concerned about things such as Celexa birth defects. The debate comes in part because unlike with alcohol or smoking during pregnancy—which have been consistently shown to cause harm to a fetus—studies on Celexa side effects and other medication side effects in infants have been inconsistent. Although some studies have shown that SSRIs such as Celexa are linked to birth defects, other studies have not found the same results, leaving women wondering what medications, if any, they can take while pregnant. 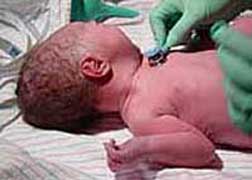 For example, a study published in 2007 in The New England Journal of Medicine concluded that "Maternal use of SSRIs during early pregnancy was not associated with significantly increased risks of congenital heart defects or of most other categories of birth defects." The same study, however, noted that maternal use of SSRIs was associated with anencephaly, craniosynostosis and omphalocele.

Researchers noted that the risk of developing those birth defects after using SSRI medications overall was small but did find that the use of paroxetine (Paxil) or citalopram (Celexa) "significantly increased" the risk of anencephaly, craniosynostosis and omphalocele.

More CELEXA News
Craniosynostosis occurs when two or more portions of the cranium fuse prematurely, causing an abnormal head shape. Treatment can involve surgery to relieve pressure on the brain, provide room for the brain to grow properly and improve the child's appearance. If there are no other defects present, the prognosis is good.

Omphalocele occurs when the infant's intestines or liver stick out of the belly through the bellybutton. If all of the abdominal organs are outside the baby's body, the baby may have further complications because the abdominal cavity may not grow to its normal size. Treatment can involve one or more surgeries to move the organs inside the body.

Celexa is listed in the FDA's pregnancy category C, meaning that studies on animals indicate there could be a risk of birth defects, but the same results have not been adequately shown in human studies. This has left it up to individual women and their doctors to determine if the benefits of taking Celexa during pregnancy outweigh the risks.

Posted by
Renee Arbogast
on July 12, 2015
After 16 weeks of my pregnancy with twins I was told they had anencephaly. I was advised to terminate the pregnancy and after much thought we decided it would be best. I was on Celexa the whole time. Please let me know what I can do to help with such a loss.