FDA Warns about Celexa Side Effects

The US Food and Drug Administration (FDA) has issued a warning about potentially fatal Celexa side effects. Although these Celexa side effects are not linked to the reported risk of Celexa birth defects, they are serious enough that the FDA has made recommendations regarding doses of the medication. 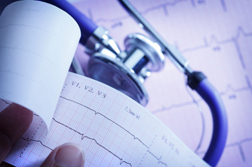 On August 24, 2011, the FDA issued a warning that Celexa, known generically as citalopram hydrobromide, should not be used at doses greater than 40 mg per day. The announcement was made after the FDA learned of the possibility of abnormal changes in the electrical activity of the patient's heart when Celexa was used at doses of greater than 40 mg per day. Prior to the announcement, some patients were given doses of up to 60 mg per day.

Furthermore, the FDA noted that studies did not show a benefit in the treatment of depression when patients were given more than 40 mgs per day of the antidepressant.

According to the FDA's warning, the changes in the heart's electrical activity can lead to an abnormal heart rhythm, which can be fatal. That abnormal rhythm involves a prolonging of the QT interval and Torsade de Pointes. A post-marketing report based on a study of citalopram found that the increase in QT interval among patients on 20 mg a day was 8.5 ms compared with those on 60 mg per day, whose increase was 18.5 ms.

"As a result of this thorough QT study, FDA has determined that citalopram causes dose-dependent QT interval prolongation and should no longer be used at doses above 40 mg per day," the FDA warned (08/24/11).

Among those at highest risk of heart problems are patients with underlying heart conditions and those who have a predisposition to low levels of potassium and magnesium in the blood.

More CELEXA News
The FDA's recommendations include no longer prescribing Celexa at doses greater than 40 mg per day, not prescribing Celexa to patients with congenital long QT syndrome, and prescribing a maximum of 20 mg per day for certain patients. Patients who currently take citalopram should not stop or change their dose without speaking to a health care professional.

Celexa is in a class of drugs known as selective serotonin reuptake inhibitors (SSRIs). It is thought to work by increasing the amount of serotonin in the brain. SSRI medications have been linked in some studies to an increased risk of birth defects. One study, published in the Archives of General Psychiatry (07/04/11) suggests a link between a woman's use of SSRI antidepressants during the 12 months prior to delivering a baby and an increased risk of having a baby diagnosed with autism spectrum disorder.

Posted by
Mike
on April 26, 2012
Hi,
This is in regards to my 75 year old mother. She was prescribed 10mg daily ESCitalopram on december 9th, 2011. She had no intent to begin this antidepressant, but was convinced by the doctor that she saw, that she should ‘try it’. She took one dose the next day, developed chest and shoulder pain, and was dead as a result of ventricualr arrythmia 2 hours later. The ER report clearly states ‘Torsades de Pointes’, yet the report states she died of miocardial infarction (clogged arteries). Yet, her blood pressure was normal, never smoked, drank, and to top it all off, her blood Troponin levels were normal (high levels indicative of miocardial infarction). Not one person in the medical community will even admit that cipralex (escitalopram) caused this – she was 75 years old, after all. Law offices do not want to take on the case unless they can be guaranteed they can make money. My mother, nor I, were made aware of the risks of this medication, and knowing my mother, she would never have touched it, had she been made aware. The internet is littered with warnings wrt citalopram and its effect on the QT interval of the heart. The medication she received was manufactured by Lundbeck Canada. This is an international epidemic. I found out 2 weeks ago, a cousin of mine in Germany is receiving 150mg a day of citalopram (> 3x the allowable limit)! Another acquaintance of mine in Canada showed me that her 70 year old brother was receiving 70mg a day citalopram (3x the allowable limit)- this in march 2012. These are all major overdoses, and it appears it is business as usual with the medical community, despite the news releases regarding the reduced allowable doses recommended by Lundbeck.
Is anyone aware of a lawfirm that is willing to go against Lundbeck? I don’t care if they are not located in Canada. I’d be interested in any class action as well. I’d like to post this case elsewhere, if there are links to other sites that pertain to the dangers of SSRIs, in particular citalopram / escitalopram.