Given that Celexa is a member of the SSRI class of antidepressants (Selective Serotonin Reuptake Inhibitors), any concern with regard to Celexa birth defect is driven from the wider fear that SSRI drugs pose a risk to the developing fetus of a pregnant woman. Doctors argue the risk is small. Study results are varied. Still, when the respected British Medical Journal (BMJ) publishes a study, one can be assured that study has been well documented, properly vetted and peer reviewed. 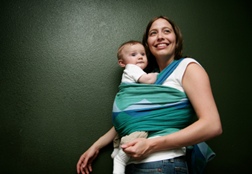 To that end, a study published in BMJ earlier this year found that Celexa linked to birth defects was grounded in an increased risk for persistent pulmonary hypertension of the newborn (PPHN), with a risk factor identified as three per 1,000 births involving SSRI antidepressants compared with 1.2 per 1,000 births amongst women who did not use SSRI drugs during their pregnancy.

SSRI study participants ingested antidepressants late in their pregnancy—a period of time when the risk is thought to be highest.

Two doctors interviewed for a Postmedia news report published in the Prince George Citizen (6/7/12), suggest there is no conclusive evidence that antidepressants cause birth defects. And there is the ongoing debate over which, if any, is the lesser of two evils: stopping an SSRI antidepressant at the first signs of pregnancy, or maintaining a regimen of medication on which a patient has come to depend to function, together with the risk of potential harm to an unborn child.

Antidepressant advocates, in spite of Celexa side effects, point out that an expectant mother who comes off medication ill advisedly could put herself in harm's way as well as her child, by default.

But that doesn't stop doctors and caregivers from wondering about both the immediate, and long-term effects of SSRI antidepressants like Celexa on unborn children. To that end, cites the Postmedia report, up to a third of infants born to mothers actively taking antidepressants appear to suffer Celexa side effects such as withdrawal symptoms immediately after birth. Infants have been known to present as irritable, trembling and having trouble feeding.

The symptoms appear to subside within three days. "The physical responses to [the drugs] gradually resolve," said Deborah Harding of Sage Midwifery of Surrey, through comments published in the Postmedia report. "But what comes after that? Do we really know?"

Doctors like Tim Oberlander are trying to find out. A researcher at the Child and Family Research Institute in Vancouver and a pediatrics professor at the University of BC, Oberlander is part of a group of UBC scientists examining the medical records of more than 100,000 births in the western-most province of Canada between 1998 and 2001. They're looking for birth defects and other defects—particularly heart defects—amongst mothers using SSRI antidepressants.

More CELEXA News
Further, Oberlander and his colleagues have been following—via records—the children of SSRI mothers from birth to age six. "We know that mothers' stress or anxiety during pregnancy can change the levels of serotonin in their fetus, just like the drugs can, so distinguishing the impact of mother's mental health from the effects of the medications is a big challenge to doing research in this field," Oberlander said.

Oberlander found mothers who took SSRIs reported more anxious behaviors in their children at age three, but says the women's anxiety at the time of the study also influences that result.

"Uncovering which factors make a difference to the mothers and their children and finding out why this happens is really important to my research," Oberlander said.

In Canada, prescriptions for antidepressants such as Celexa have risen from 3.2 million in 1981 to a reported 14.5 million by 2000, according to a Canadian study published in 2002. Ten years on, those numbers can only have grown—perhaps increasing the risk exponentially for Celexa birth defects, resulting in perhaps more women seeking the advice of a Celexa attorney.