The potential risk for Celexa Birth Defects is already well-established, given various studies (one of the most recent published in March), which suggest links to persistent pulmonary hypertension of the newborn (PPHN), oral cleft and other potential defects when the antidepressant is taken by women at or above normal dosing levels. 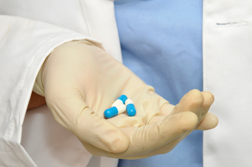 However, a more recent entry in the annals of Celexa side effects suggests concern for older adults if citalopram hydrobromide (Celexa) is taken in excess of 40 milligrams, according to the Canadian Press (CP 1/30/12). Such a dosage could cause abnormal heart rhythms.

The Canadian distributor of Celexa, Lundbeck Canada, released a statement related to the concern.

While Celexa side effects can affect both infants (if taken by a woman while pregnant) and adults, this latest concern focuses on individuals who may, for various reasons, exceed 40mg of Celexa per day. According to the CP report, the maximum daily dose of Celexa for patients who are 65 years of age or older, or patients with liver problems or who take cimetidine for heartburn while concurrently taking Celexa is 20mg.

Celexa is available in 20mg and 40mg tablets.

The concern in Canada is echoed by the US Food and Drug Administration (FDA), which last month mandated updated warnings to the Celexa label, according to Reuters Health Medical News (3/28/12). Celexa should not exceed 40mg per day due to the risk for QT Syndrome in some patients and should not exceed 20mg per day for others.

Meanwhile, a recent FDA safety bulletin appearing in the San Diego Union-Tribune this month (4/6/12) fleshes out the dosing concerns.

"In August 2011, FDA issued a Drug Safety Communication (DSC) stating that citalopram should no longer be used at doses greater than 40mg per day because it could cause potentially dangerous abnormalities in the electrical activity of the heart," the agency said in the statement.

"Citalopram use at any dose is discouraged in patients with certain conditions because of the risk of QT prolongation, but because it may be important for some of those patients to use citalopram, the drug label has been changed to describe the particular caution that needs to be taken when citalopram is used in such patients. The revised drug label also describes lower doses that should be used in patients over 60 years of age."

As society has come to increasingly rely on antidepressants, the new class of medication known as Selective Serotonin Reuptake Inhibitors (SSRIs) has proven problematic for a number of patient groups, not the least of whom are expectant mothers. While some studies are inconclusive and there remains a lack of well-controlled studies involving Celexa in humans, studies on animals have nonetheless identified a risk for birth defects in animals??"and headlines trumpeting "Celexa Linked to Birth Defects" are indeed worrisome to expectant mothers.

In addition to the potential for Celexa Birth Defects??"an occurrence that could lead to a Celexa lawsuit??"Celexa is suspected of having a pathway to the newborn via breast milk. To that end, the popularity of and increasing need for antidepressants to get through the day, coupled with the rising popularity of breastfeeding, amounts to a perfect storm.

More CELEXA News
The FDA classifies Celexa as a Category C in terms of pregnancy risk, meaning that Celexa should only be used by expectant mothers or women who plan on becoming pregnant, if the benefits outweigh the risk.

Meanwhile, the FDA's newly minted dosing recommendations for Celexa??"with particular concern for patients over 60 years of age??"stemmed from the safety bulletin released last August. That was just one month following the publication of a study in Obstetrics and Gynecology that suggested Celexa birth defects and a link between SSRI antidepressant use by an expectant mother in the 12 months prior to delivery that produced twice the risk of having a baby born with autism.

Thus, with concern for Celexa birth defects in babies and heart complications in older adults, the risk for Celexa side effects spans a wide demographic.