Credit card holders: Are You a Deadbeat or Revolver?

Dan Bozin holds several credit cards. The credit card companies used to consider him a 'deadbeat': like 55 million Americans, Bozin paid off his bills each month. But without knowing it, he joined 90 million other US credit card holders and became a 'revolver'-- his credit card rate went from 9 percent to 17 percent—another victim of credit card abuse.

"When I recently received a statement from Chase Bank that my rate had increased to 17 percent from 9.9 percent, I was angry, to say the least," says Bozin. "I phoned and asked their reasoning—I had always paid off my balance each month and never had a late payment." But Chase refused to change this new rate; they told Bozin that it was because he had reached high limits on other credit cards.

"My FICO credit score was 760 when they increased the rate; I was definitely not a high risk," Bozin says. (FICO often determines how much a consumer pays in interest.) But he is at the mercy of credit card companies that can change terms of the contract at will. 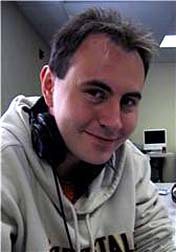 The contract is full of traps—written in fine print. The term 'universal default' means that companies such as Chase have the right to change rates for a number of reasons: maybe your balance is too high, even on other cards (such as Bozin's dilemma); maybe you failed to make a payment to another creditor, even on your house or car—these stipulations are all disclosed in the credit card contract.

"I think Michael Moore should be a documentary on credit card abuse," says Bozin. "It seems to be an unregulated industry and they play by their own rules; they change at anytime and it is one of the few industries that doesn't have to follow state law-- at least here in California." Clearly, the federal and state laws are inadequate.

More News
How can credit card companies get away with loansharking? "There was a ruling in federal court: the governors removed the laws to cap interest rates so that these corporations could draw business to their state—at consumers' expense," explains Bozin. "For instance, CityBank used to be in New York but when it moved to South Dakota, it was able to charge up to 30 percent interest and in New York its rate was capped around 18 or 19 percent--different states have different usury laws.

"It is ironic that today, talking with [LawyersandSettlements] about credit card abuse, I got a statement from Capital One with a rate hike from 9.9% to 19.9%. They claim that they sent me a letter in August asking me to opt out, but I didn't receive this letter. Their deadline was September 11th. When I told them that I didn't get this notification, they admitted that it sometimes looks like junk mail and people often just throw it out!

I'm still fighting with them on it."

If you have been a victim of any unfair practices by your credit card company, including substantial rate increases, unfair penalties or broken promises, and would like to take a stand by participating in an action against them, please contact a lawyer involved in a possible [Credit Card Abuse Lawsuit] who will review your case at no cost or obligation.
Request Legal Help Now