A Boulder, Colorado District Judge recently sentenced a Texas man to four years in prison for his role in an alleged Ponzi scheme, the Longmont Times-Call reports. 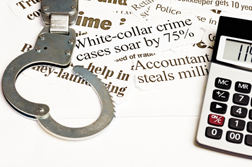 Kevin Lauritsen, 50, pleaded guilty in December to the felony of conspiracy to commit securities fraud and theft in a deal with prosecutors, who agreed to dismiss a number of other charges, according to the news provider.

The judge also sentenced Lauritsen to five years of probation and was ordered to pay restitution for his crimes, the news source said.

More CARR MILLER CAPITAL PONZI SCHEME News
According to an arrest warrant affidavit for Lauritsen, he and two others unlawfully took thousands of dollars from Boulder county residents through an alleged investment scheme.

Loren Ankarlo, one of the men accused of assisting Lauritsen in the Ponzi scheme, allegedly approached people he knew through a church where he was a part-time pastor and convinced them to invest between $200,000 and $275,000 in One Source Group.

Victims reportedly told the judge that their financial losses had been devastating and that they had decided to trust One Source due to their involvement with the church.

According to the Securities and Exchange Commission, a Ponzi scheme is "an investment fraud that involves the payment of purported returns to existing investors from funds contributed by new investors."

If you or a loved one have suffered losses in this case, please click the link below and your complaint will be sent to a securities fraud lawyer who may evaluate your Carr Miller Capital Ponzi Scheme claim at no cost or obligation.
Request Legal Help Now