Families Responsible for Ensuring Safety of Loved Ones at Care Homes

When it comes to caring for loved ones live in care centers and nursing homes, it could be up to the families to ensure the residents are safe and not the victims of care center abuse. That is one conclusion that could be drawn from a recent report on care home abuse and care home negligence conducted by The Center for Investigative Reporting and KQED in California. Unfortunately, in some cases, that could mean families must file care center abuse lawsuits to protect their loved ones. 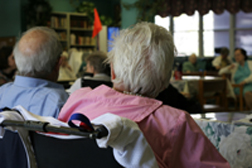 The report, titled “Quick dismissal of caregiver abuse cases puts Calif. patients at risk” (9/9/13), covers abuse committed by nursing assistants and in-home aides in California. According to The Center for Investigative Reporting and KQED, in 2009, the California Department of Public Health ordered the dismissal of approximately 1,000 claims of abuse - including physical abuse and financial abuse - without a proper investigation.

“Since the mass dismissal of cases in 2009, the overwhelming majority of allegations of abuse and misconduct have been closed without action,” the report notes. In some cases, abuse and neglect claims were processed without a supervisor visiting the homes where the conduct is alleged to have occurred. Included in the improperly investigated complaints were, reportedly, allegations of death under suspicious circumstances, sexual assault and serious injuries.

As a result of these claims going uninvestigated, the caregivers involved in the alleged incidents are still employed by the care homes, while the owners of the homes are not held responsible for their employees’ conduct.

In some cases, issues of neglect might have less to do with specific nursing staff than with employers who do not hire enough employees and do not properly train them. In such cases, overworked employees can commit errors that cause serious injury to the resident, even without intending to. Such errors might include not giving a resident medication on time, not getting proper medical help for a sick or injured patient, or failing to ensure patients are cleaned properly.

More CARE CENTER ABUSE News
According to the National Center on Elder Abuse (www.ncea.aoa.gov), only one in 14 cases of elder abuse is brought to the attention of the authorities. “Despite the accessibility of APS [Adult Protective Services] in all 50 states (whose programs are quite different), as well as mandatory reporting laws for elder abuse in most states, an overwhelming number of cases of abuse, neglect, and exploitation go undetected and untreated each year.”

Meanwhile, the NCEA reports that a 2000 study of nursing home residents suggested that approximately 45 percent had been abused and 95 percent said they had either been neglected or seen another resident at the facility be neglected.

Regardless of whether the abuse is intentional or accidental - such in some cases of neglect - it may be up to the loved ones of nursing home residents to recognize there is a problem, alert the authorities and follow through with a lawsuit if necessary. If the regulators in the individual states are not holding nursing home owners and their employees responsible for the mistreatment of seniors, the courts might.