Residents of nursing homes and care center homes often go to the homes expecting that they will be well looked after, not that they will be the victims of nursing home abuse and care center abuse. If they have been placed in the home by their families, then their loved ones assume the residents will have all their needs met and not be subject to care center neglect. All too often, however, this is not the case and some of society's most vulnerable citizens are victimized by the people charged with caring for them. 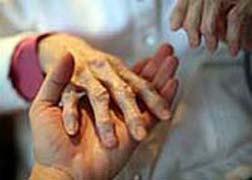 In one recent situation, a worker at a nursing home was fired after being charged with elder abuse for holding a pillow over the face of an 81-year-old patient. The worker was caught when a co-worker heard the resident struggling and went into the room to see the accused holding a pillow over the resident's face. Last year, a worker from the same home was reportedly charged with battery for her treatment of a resident at the home.

Meanwhile, two women in Oklahoma City were arrested for abusing a 96-year-old nursing home resident. According to News 9 (4/17/12), the accused were caught after the family of the resident placed a hidden camera in the resident's room. A police report allegedly states that one of the women is seen on the video slapping the resident in the face with gloves and forcing the gloves into the resident's mouth.

The nursing home has reportedly been cited for not having abuse and neglect policies in the facility.

More CARE CENTER ABUSE News
Meanwhile, government officials say that despite people's beliefs that nursing homes are prepared to protect their residents, when it comes to natural disasters—such as a tornado, flood or hurricane—nursing homes are often unprepared. According to USA Today (4/16/12), despite government requirements for nursing homes to have specific, detailed emergency plans, many homes do not have proper plans in place. Proper plans would include details such as notifying relatives of residents and pinning name tags to residents in case of evacuation.

Furthermore, none of the nursing homes studied by officials had plans in place to ensure food and water could be transported to evacuated residents, and many of the homes had no plans for transporting large equipment such as wheelchairs. In most cases, there was not even a plan for transporting medications.

USA Today notes that 35 residents of St. Rita's Nursing Home died during Hurricane Katrina, with some drowning in their beds. Although the owners were charged with negligent homicide, a jury acquitted the owners, saying authorities should have ensured the residents were safe.