When it comes to care center abuse or elder abuse, a lot of anger is directed at the perpetrator of the crime - the person who has in some way victimized an elderly patient or a person with disabilities. That is as it should be, but in cases where care home owners or operators have put their residents in harm’s way - either purposely to save costs or indirectly due to negligence - those owners and operators should be held accountable for care home abuse that occurred as a result of their actions. 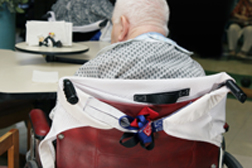 Many care homes follow the utmost care when it comes to their residents, and even in those cases, evildoers get through. It is important to ensure, however, that care homes take every precaution to prevent this sort of thing from happening. Furthermore, it is vital to ensure that when these things do happen, the home takes appropriate action, rather than covering it up.

According to reports from News 9 (3/7/13), two women who recorded footage of a loved one being abused by nursing home aides say the nursing home has not updated them on findings from an internal investigation. The report notes that the victim’s daughters thought someone was stealing from their mother, so they set up a video camera to record it. Instead, they recorded incidents of abuse, reportedly including gloves being forcefully put in their mother’s mouth.

News 9 reports that the nursing home informed authorities about the incident and two nurses aides were arrested, with one being convicted. The victim’s daughters, however, say they believe there is more abuse occurring at the home that is not being reported.

More CARE CENTER ABUSE News
Nursing home residents can be victims of a wide variety of crimes. These include physical abuse, such as slapping, kicking, hitting, shaking, unnecessarily restraining, and beating the victim; psychological abuse, including threatening, demeaning or taunting victims; sexual abuse; extreme or unnecessary doses of medicine; neglect, including failing to administer medication, failing to feed or failing to provide appropriate personal care for the victim; and stealing from the victim.

In some cases, the abuse is not uncovered until family members notice unexplained bruising or other injuries on their loved ones and push for answers, sometimes in the form of hidden cameras. That is what happened in New York, when the granddaughter of an Alzheimer’s patient became alarmed when she noticed bruising on her grandmother’s arms. She placed a hidden camera in the room and recorded a nurse’s aide allegedly physically abusing the victim, including striking her, CBS News (2/15/13) reports. Charges have been laid against the aide allegedly involved in the abuse.