Lingering Radiation Levels Only One Concern with Recalled CardioGen-82

The concern for radiation exposure in relation to the recent recall of CardioGen-82 by Italian manufacturer Bracco Diagnostics is obvious. What isn't, are the ancillary concerns—including travel across international borders—at a time when the world remains understandably vigilant with regard to terrorism. 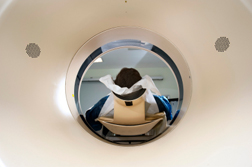 Medically, there is widespread opinion that the amounts of radiation used in conjunction with a cardiac PET scan involving CardioGen-82 is not harmful to the human body, although questions remain as to why it lingers in the body. The latter remains the reason why the US Food and Drug Administration (FDA) acted to launch an investigation and subsequent recall of the CardioGen-82 PET product, as a precaution.

"The take-home message," said Enrique Urrutia, a professor of radiology and nuclear medicine at the University of South Florida in comments published September 23 in the Sarasota Herald Tribune, "is that, if you are having a test that involves radiation, you get a letter from your doctor saying that you have radiation on board before traveling abroad."

The comments relate to nuclear-testing patients who experienced trouble travelling across international borders when the radiation levels in their body—expected to have dissipated by the time of travel—were sufficient to trigger airport security scanners. The Herald Tribune reported that a Sarasota heart patient was stranded in Canada in June.

At first glance, any lawsuit perceived as necessary in the rb-82 case would naturally stem from concern over lingering radiation levels in the body. However, travel is a sleeper issue, but an issue nonetheless. Unforeseen delays at an international border due to unintended radiation levels could cause hardship for the busy traveler—delays that could affect business and commerce, and deadlines and commitments.

In September, the Journal of Nuclear Medicine (JNM) articulated the initial July 15 health alert to medical professionals by the FDA relative to the potential for CardioGen-82, a generator for 82Rb-chloride injection, to inadvertently increase levels of radiation exposure in patients required to go through cardiac positron emission tomography (PET) scans.

Two weeks later, on the 26th, the FDA issued an updated alert to medical professionals, advising a halt to cardiac PET imaging with CardioGen-82 until an investigation could determine the extent or source of perceived manufacturing deficiencies relative to rubidium 82 from Bracco imaging. Bracco voluntarily recalled the product, pending further study.

"Based on further investigation," states the FDA bulletin as it was summarized in the NMJ, "the agency has determined that the current CardioGen-82 manufacturing procedures are not sufficient to ensure reliable performance of the generator to produce the 82Rb injection.

"Reliable generator performance is essential to help prevent strontium breakthrough from CardioGen-82 and to prevent patients from being exposed to excess radiation."

The Tribune Herald reveals that the first patient was stopped at the Canadian border June 3 while attempting to return to Buffalo, New York. The newspaper described the patient as having been "marooned" in Canada and requiring the aid of Heart Specialists of Sarasota to get back onto US soil.

Such a delay could have a substantial impact, which, together with concern over increased radiation exposure, could foster lawsuits.

More CARDIOGEN-82 News
The Herald Tribune noted that two of the patients underwent CardioGen-82 imaging within a few days of each other last February. Since then, Heart Specialists has contacted 30 patients similarly scanned in late February, in order to screen them for an abnormal PET radiation dose.

The two Sarasota patients tested were found to have levels of radiation similar to that associated with CT scans. "It would take more radiation to possibly cause adverse health effects in patients," Bracco said in an information letter to patients.

The FDA appeared to echo Bracco's stance in its safety alert. indicating that the risk of harm from this exposure is minimal. The FDA went on to say, however, "any unnecessary exposure to radiation is undesirable."