Matthew Cook, a young attorney from one of Georgia's most respected law firms, Butler, Wooten & Fryhofer, has made it his business to know a lot about how motor vehicle accidents happen in wet weather conditions. You could almost say he's written the book on how to successfully litigate on behalf of people injured or killed in accidents where drivers lose control on watery roads and a vehicle hydroplanes or slides off course. 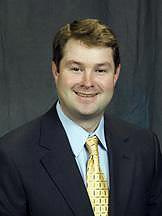 "There are three things that cause a hydroplaning accident," says Cook. "One is water on the road, another is the speed of the vehicle, and very often, the condition of tires plays a critical role."

He has written a comprehensive white paper about a 2003 case he recently settled for a confidential amount on behalf of the Mitcham family.

Speed, Rain and Worn Tires
By all accounts, the accident happened in a good old-fashioned Georgia downpour. Tonya Mitcham was driving slowly and carefully along the highway. On the other side of the road, a pickup truck travelling at an estimated 75 mph on worn tires, suddenly hit a pool of water on the road. The pickup driver lost control of the vehicle, crossed the median and slammed head-on into the Mitcham van.

"She was a totally blameless victim," says Cook. "The issues of speed and the condition of the tires were not something that my client was responsible for, it was the responsibility of the pickup driver."

Not only did the driver have liability for the accident, but Cook also zeroed in on the Georgia Department of Transportation. "When you have an accumulation of water it is because somebody has neglected the maintenance of the road for an extended period of time and then every time it rains, the condition will repeat itself," says Cook.

"The truth is the pickup driver had driven at the same speed on the same road for a long time," Cook says. "It wasn't until he did it in the rain that the accident happened."

Investigating
Cook's approach to investigating a hydroplaning accident, to say the least, is thorough. As soon as the Mitcham case came across Cook's desk, he unleashed an army of experts to examine the accident scene. They inspected the condition of the highway, looked at the tread depth on the pickup truck and searched out witnesses.

"In the Mitcham case they found some of the road's drainage systems were blocked and that contributed to the build of the water on the road," says Cook.

"You can't have the hydroplaning wreck without some neglect by the people responsible for the maintenance of the road," he adds. "Then the party liable of course for the accumulation of the water, the government or the state, could be a county road department or it could be the city government."

Tire Treads
Many commercial trucking companies and government departments of transportation have rules about tire tread depths. The absolute bare minimum is
2/32". The "penny test" is a common way to gauge tread depth. Stand a penny in the tread with Lincoln's head upside down. If the tread doesn't reach the top of Lincoln's head, the tread is insufficient.

Although Cook would never rely on the "penny test" during litigation, it is a quick way to check tire tread safety.

More Car Accident News
Over the course of the investigation, Cook made himself into something of an expert on the causes of hydroplaning accidents. He went so far as to study the origin of the name 'highway'. "The reason our road system is called a highway goes back all the way back to Roman times," he says. "Water is bad for any road system, so in the roman days they would build them up high to drain the water so they wouldn't be sloppy or muddy."

That was long before they were intended to carry motor vehicles. "It is extremely dangerous to allow accumulations of water; you and can have as little as an 1/8" or ¼" of water on the road and have a hydroplaning wreck," says Cook.