The advertisements are everywhere: on television, and on the radio in practically every state in the nation. Easy money, provided you own your own vehicle within a certain age parameter. If you own your car, you can qualify for a car title loan on the spot. It’s quick and easy. 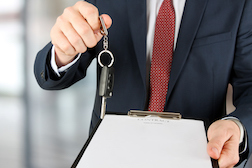 Of course, the ads don’t necessarily tell you the easy money is tied to a vehicle title loan, up front. All you hear, see, read and comprehend is the quick and easy money part – an important takeaway message for anyone in dire need of quick cash to help manage an unexpected financial crisis. Americans living from paycheck to paycheck often don’t have a kitty set aside in case the roof leaks…

Lenders, it has been alleged, know this and dangle the carrot of quick and easy money associated not only with a car title loan, but also with predatory lending terms consumers often don’t understand, and can ill afford.

Most states have caps on the interest rates lenders are allowed to charge. However, providers of car title loans and payday loans often ignore the state caps. Some lenders have been known to charge annual interest rates of up to 500 percent.

Mary Dixon, a resident of Mansfield in Texas, knows this all too well. As we have written previously, Dixon was in a positon in 2015 where she required a quick infusion of cash to cover an unexpected family emergency. She possessed sufficient collateral in her 2007 Mercury Mountaineer to qualify for a car title loan of $3,000.

Getting the money was easy. The terms, however, were anything but. A month after taking out that vehicle title loan in Texas, Dixon faced a finance charge of $300. On top of that, she was required to repay $3,351.28 if she wanted to keep her car. Dixon found a way to get out from under the car title loan and retain her vehicle. However, others aren’t so lucky.

There have been horror stories whereby consumers sign over their vehicle as collateral for a vehicle title loan amount that represents a fraction of what the vehicle is worth. When the borrower defaults, the vehicle is often claimed and sold, earning a tidy sum for the loan provider by virtue of having control over the vehicle title.

Various states are attempting legislation to either outlaw the vehicle loan practice, or at the very least legislate a cap on interest rates. Legislators know that in order to remain gainfully employed and fully independent, Americans need their cars to get to and from work, appointments, shopping. This, with a vehicle they have worked hard to buy, and keep. Suddenly losing one’s only mode of transportation to a car title loan shark can threaten job loss, plunging the stricken consumer into poverty.

Some municipalities aren’t waiting for state governments to act. The City of Abilene, in Texas, has been exploring its own measures and the merits of municipal legislation either banning, or regulating vehicle title loans and payday loans at the municipal level.

The waves of anger – and the calls for change – are growing. One legal aid attorney based in Ohio wrote an opinion piece in The Cincinnati Enquirer (04/24/17) with regard to the issue. “I frequently represent people struggling to make payments on payday and car title loans,” writes Nick Dinardo, of Pleasant Ridge in Ohio.

More CAR TITLE LOAN News
“These loans charge over 300 percent interest. Working families and senior citizens who get these loans get caught in a vicious cycle. They can’t afford to pay back the loan, so they keep borrowing more and more.”

Many victims of the vehicle title loan are not waiting for municipal or state legislation. They’re fighting predatory lending through a car title loan lawsuit, knowing that vendors expect consumers will take their lumps and simply retreat. Those who fight back with the help of a supportive vehicle title loan attorney can receive compensation for their hardship.

Posted by
Genise
on May 16, 2017
I also have a current loan and I am having a hard time trying to get my title back
Posted by
Floria Taliaferro
on May 14, 2017
I currently have a title loan that I am struggling to pay I live in Memphis Tennessee I would love for someone to call me.

Click to learn more about LawyersandSettlements.com
LawyersandSettlements.com - A trusted, independent legal news provider bringing quality news and information on all legal cases and lawsuits filed in United States of America to its readers since 2002. Over 250,000 legal help requests including Financial Cases, and Automotive accidents have been forwarded to lawyers all across to the country.