Texas is one of two US states (the other being New Mexico) that as yet does not observe any kind of blanket arbitration protocol for the resolution of disputes involving the car title loan. The latter is a form of financing akin to a payday loan that extends quick cash to consumers, often with no questions asked and exorbitant annual rates of interest that can run into the hundreds of percent. 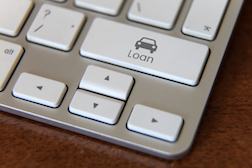 The lack of a state-based dispute resolution process leaves consumers with little option but to pursue a car title loan lawsuit. Municipalities in the state of Texas are investigating ways in which they can regulate the plethora of car title loan and payday loan shops continuing to pop up in storefronts, in towns and cities all over the state.

Allegations are that providers of vehicle title loans prey on consumers desperate for an infusion of quick cash for emergencies by signing over the title of their vehicle in exchange for funds. The loans, more often than not come with a predatory interest rate far exceeding state and federal caps – rates that often keep escalating the longer a loan is in force. Consumers are often left, in the end with no vehicle and huge debts that leave them with more financial hardship than that which the car title loan was intended to help them escape in the first place.

According to the Abilene Reporter-News (04/12/17), the retired bishop of the Diocese of San Angelo has gone on record as citing the need for a moral obligation on the part of government and community leaders to oppose such predatory lending.

“Legislators need to view this oppressive situation through the lens of the millions who are caught in the net of economic helplessness,” Michael Pfeiffer has written. Bishop Pfeiffer has been calling for such oversight as far back as October, 2014.

The State Legislature in Texas is once again giving consideration to making state laws more robust for the payday loan and car title loan sector. However, municipalities aren’t waiting.

In a few days – on April 27 – the City Council of Abilene will debate whether, or not it would be prudent for the municipality to regulate vehicle title loan and payday loan vendors. Other cities in the State, such as Waco and San Angelo, have already done so, with 40 more across the State considering similar action.

The predatory lending practices of such enterprises is well-documented – thus it comes as no surprise when Abilene City Manager Robert Hanna is quoted as saying a $500 loan could cost a consumer, in the end about $4,000. Such is the character and bastion of a payday loan, but a car title loan is not dissimilar.

Opponents to increased regulation have launched court challenges, and cite the belief that consumers know what they’re getting into fully and completely.

One proprietor of vehicle title loans in California provides the capacity to apply for a car title loan online, as well as giving examples of the typical loan available for a certain make, model, year and trim of the vehicle being offered. Consumers are told loans can be processed in just a few hours and in some cases within 30 minutes.

However, there is little concrete information beyond platitudes. Details are few – even in the online FAQ section. The typical cost of a loan is never mentioned, beyond a statement in what appears to be a sponsored blog by a company rep that their rates are amongst the most competitive in the industry. However, no example is given, nor is there a specific industry identified. Thus we are left to assume that the industry referenced is the car title loan and payday loan industries, which are already known for predatory interest rates that are far higher than traditional forms of financing.

More CAR TITLE LOAN News
All eyes will be on Abilene this week, to see what City Council comes up with on April 27. In the meantime, the only recourse for a victim of predatory lending is often a vehicle loan lawsuit to seek compensation for a vehicle now lost, and in some cases a recurring debt that continues to climb. A classic example of such dealings was outlined in USA Today in 2015 (12/09/15) when Gloria Whitaker’s story was chronicled.

Whitaker had gone to a car title loan vendor for a $2,000 loan, pledging her son Devon’s 2002 Ford F-150 as collateral for the loan. No one asked, or even verified that either one of them could pay the loan back. Devon was unemployed, while Gloria was 66 years of age.

Posted by
Theresa
on June 4, 2017
My house burned down...I took out a 1500.00 loan in Dec 2014...through hardship of this payment added 500.00 to that later to catch up total loan 2000.00...pmts 300.00 +. Im still paying on it..they have collected 9000.00+ off this 1500.00 loan.. and I still owe 1900.00...it never goes down no matter what I pay. They wont take anything other than cash for a payment..and they will not let me pay on interest mid month ..they say they will hold my payment until I make another pmt then apply it to interest after I make another pmt..by then..I need the money..its a no win situation. Im sick about it. Im disabled and cant be left without transportation..and I dont get enough social security to purchase another. I go without proper nutrition every month because of this loan, and many other things like my medicine or I dont go to the doctor when I probably should..sometimes no food at all but potatoes or eggs..ever had to eat eggs every meal for a week or more? These people need to be locked away. They truly are legal theives. It only took me about 20 minutes to get this loan..no questions asked.

Click to learn more about LawyersandSettlements.com
LawyersandSettlements.com - A trusted, independent legal news provider bringing quality news and information on legal cases and lawsuits filed in the United States of America to its readers since 2002. Over 650,000 legal help requests including Financial Cases, and Automotive accidents have been forwarded to lawyers all across to the country.