The Predatory Lending Cycle of the Car Title Loan

The greed from need cycle of car title loans is far from new. In February, 2015 the Star-Telegram (02/14/15) in Fort Worth was reporting that the average resident of Texas was about $40,000 in debt. The car title loan was one quick and easy way for Texans to deal with short-term financial crises, such as a family emergency. 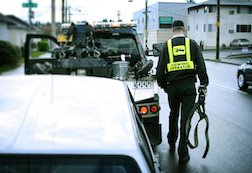 However, critics note that car title loans represent some of the worst examples of predatory lending out there. The Star-Telegram reported that in 2013, the most recent data available at the time, Texas consumers forked over $360 million in interest and fees to vehicle title loan companies. That figure was up $53 million from a year earlier, in 2012.

Mary Dixon, a resident of Mansfield in the state of Texas, represents of good example of the heartbreak and financial hardship that lay at the end of a car title loan. As reported in February 2015, Dixon suddenly found herself in need of some quick cash to cover an unexpected family emergency.

A vehicle title loan proved attractive, in that Dixon had collateral in her 2007 Mercury Mountaineer, with the car title loan company asking few questions, if any, with regard to outstanding bills, other debts, her credit score, her income, or other aspects of her financial health that would be a common query from a bank or other financial institution.

A similar situation was faced by the plaintiff in a vehicle title loan lawsuit in New Jersey. Marjorie Moore had sued Capitol Title Loans and owner David Fischer in a class action lawsuit.

Moore’s story is compelling. The plaintiff’s car title loan with Capitol Title Loans was for a face amount of $3,000.00. The effective interest rate was shown as 180.43 percent, a figure industry observers regard as a classic example of predatory lending. The contract required that Moore would have to repay $3,542.50 by the 29 day, which would fall in January, 2014 (the loan was arranged in December, 2013). An $85 fee was added for the lender to take out a lien on Moore’s 2007 Toyota Camry with the New Jersey Motor Vehicle Commission, as the loan was secured against the vehicle as collateral.

As it happened, Moore defaulted after two payments. According to court documents the vehicle was seized in January of the following year, in 2015. Should Moore have wished to reclaim her vehicle prior to the vehicle being sold to cover outstanding debts, her bill would be $8,733.25 to clear what was originally a $3,000 loan. What’s more, the amount would increase by $25 for each day the vehicle was in storage.

More CAR TITLE LOAN News
In December of that year, Moore launched a three-count class action car title loan lawsuit. At the center of the action was the allegedly predatory interest rates charged, far exceeding the 30 percent per annum limit observed by the state.

Her lawsuit was originally dismissed by a judge with the Somerset County Superior Court, ruling that Moore’s complaint didn’t fit within the jurisdictional limits of small claims court because it was a class action based on alleged violations of New Jersey statutes.

The case is Marjorie Moore, on Behalf of Herself and Others Similarly Situated, v. David Fischer d/b/a Capitol Title Loans, Case No. A-3419-15T3, in the Superior Court of New Jersey, Appellate Division.

In Texas, Dixon found a way to repay the loan in full, including predatory lending interest.