As consumers enter into loan agreements with the best of intentions, loan providers often don’t come to the party with equal good faith. To that end, The Consumer Financial Protection Bureau (CFPB) in June of last year included car title loans in new proposals aimed at tightening regulations, and preventing loan providers from fleecing well-meaning consumers. 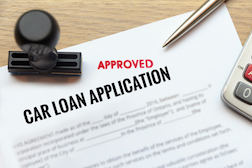 Most consumers, seeking funding either temporary or otherwise, would source funding through a bank or line of credit. Consumers without an association with a bank however are left with little option but to access purveyors of payday loans or car title loans, which allow consumers to borrow against the value of their vehicle.

Loan providers, however have been known to implement agreements which give them the right to seize the entire vehicle as payment, regardless of the value of the loan in comparison to the equity the borrower has in the car.

It was for this reasons the CFPB included car title loans in a basket of proposals aimed at protecting consumers.

“Too many borrowers seeking a short-term cash fix are saddled with loans they cannot afford and sink into long-term debt. It’s much like getting into a taxi just to ride across town and finding yourself stuck in a ruinously expensive cross-country journey,” CFPB Director Richard Cordray said in a statement issued in June.

“By putting in place mainstream, commonsense lending standards, our proposal would prevent lenders from succeeding by setting up borrowers to fail,” Cordray said.

Payday loans are the primary target of such proposals, where consumers have been saddled with high interest rates and inflated fees in exchange for taking out a relatively small loan. The costs of borrowing are, therefore, exorbitant. Add to that the tendency for loan providers to demand access to bank accounts (if available), ensuring the loan provider gets paid first regardless of the financial hardship such a debit would have on a borrower’s capacity to pay rent and other necessary expenses.

Vehicle title loans are reported to be similar in nature, with the added burden of losing the vehicle outright if a borrower falls behind on loan repayments. Loan providers, as unfair as it is, often reserve the contractual right to seize the vehicle. In so doing, the borrower loses a potentially far greater value in the seized vehicle, than the value of the defaulted loan.

More CAR TITLE LOAN News
According to allegations spelled out in the lawsuit, Vancurens is accused of deceiving Arkansas residents into taking out multiple third-party loans to facilitate the purchase of used vehicles. If, and when a vehicle is returned to the vendor for mechanical issues, it is alleged the defendants failed to return the proceeds of returned vehicles to outstanding loan principles, creating in its wake a credit debt and credit score nightmare for many consumers.

There were additional allegations in the lawsuit, which was filed by the Attorney General for the State of Arkansas, Leslie Rutledge.

Proposals put forward by the CFPB are aimed at tightening rules, making sure consumers properly qualify for loans they have a reasonable capacity to repay and maintain without undue hardship, with terms that are fair and easily understood.

Beyond regulations, the legal system remains a resource for well-meaning consumers left floundering at an empty trough at the hands of greedy loan providers extending car title loans with impossible terms. Car title loan lawsuits have been filed in New Mexico and other states in the US. The lawsuit in New Mexico is a class action.

If you or a loved one have suffered losses in this case, please click the link below and your complaint will be sent to an automotive accidents lawyer who may evaluate your Car Title Loan claim at no cost or obligation.
Request Legal Help Now

Posted by
Linda Brown
on March 11, 2019
Is it possible for another tile loan company to refinance my car, even though it's been repossessed ?
Posted by
Cody mitchell
on January 16, 2017
I had an older truck from auto start in Missouri that I was paying 500 a month on and they would lock me out of it constantly and then they repoed it from me.
Posted by
Linda Murphy
on January 16, 2017
Auto Trakk Needs to be look into Please someone check them out.Thank You